As many may be aware Sir Peter Hendy (now of Network Rail and previously Transport for London), is an enthusiastic bus man, and the proud owner of a former Park Royal bodied London Transport Routemaster, RM 1005 (5 CLT). The bus is a regular performer at a whole host and eclectic mix of events up and down the country. 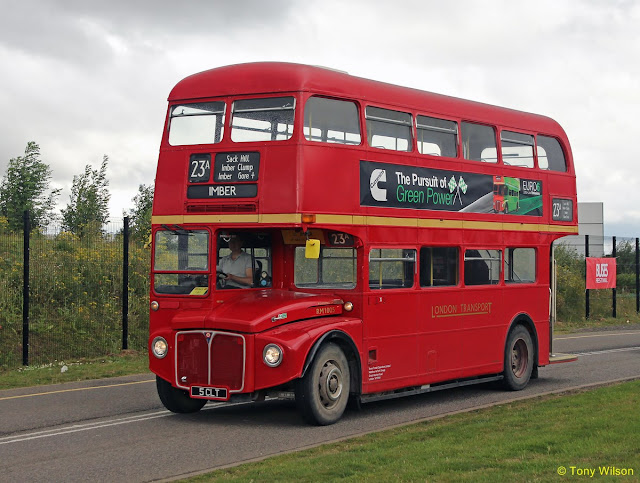 Produced in 1960 the type was originally powered by AEC AV 590 9.6 litre engines and mechanical units. They also featured fully automatic air-operated epicyclic gearbox and power-assisted steering.
Now some 56-years on and after much development and change with engine specification, this particular Routemaster has become to be fitted with a Cummins ISB4.5 Euro-VI diesel engine and has achieved a 132 hp (97 kW) rating. 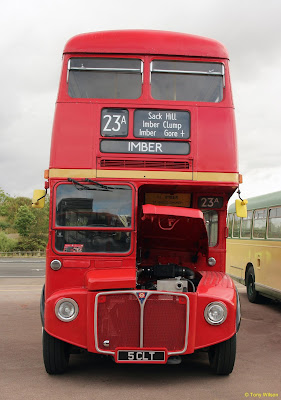 The work was undertaken by Cummins Darlington Technical Centre and Portobello Engineering at their Whatstandwell premises in Derbyshire. This project now makes the iconic red London bus able to meet the strict rules and regulations that will come into effect in the Capital's Ultra Low Emissions Zone from 2020.
The Focus Transport team were recently present at the BUSES magazine organised event held at the British Motor Museum, Gaydon in Warwickshire, where the bus made an appearance hot foot from its previous day's antics at the annual Imberbus event on the Salisbury Plain Ministry of Defence land. Some evidence of that day's operation was still visible, but did not detract from the interesting mechanics of the bus.


Below are some images of the 'lump' now fitted within the confines of the bodywork. 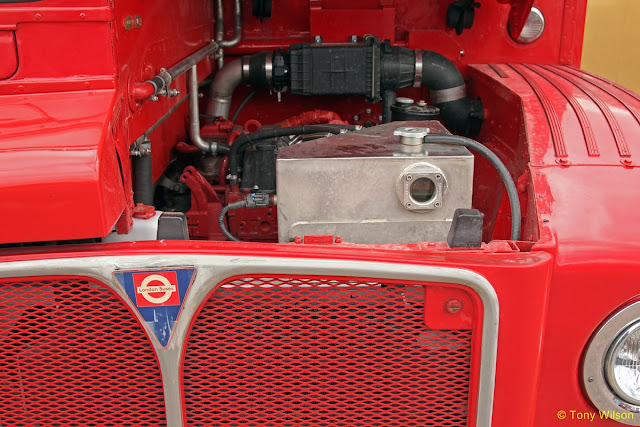 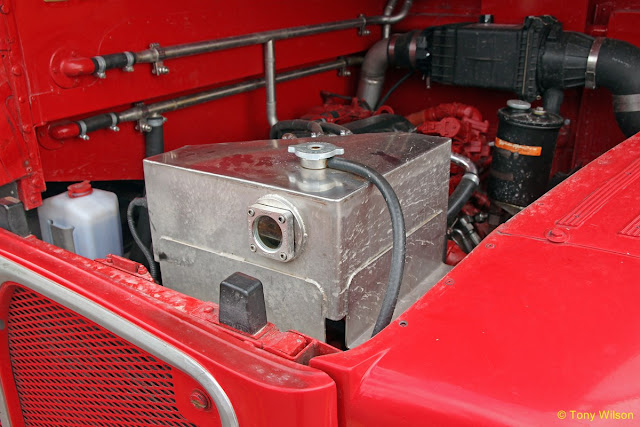 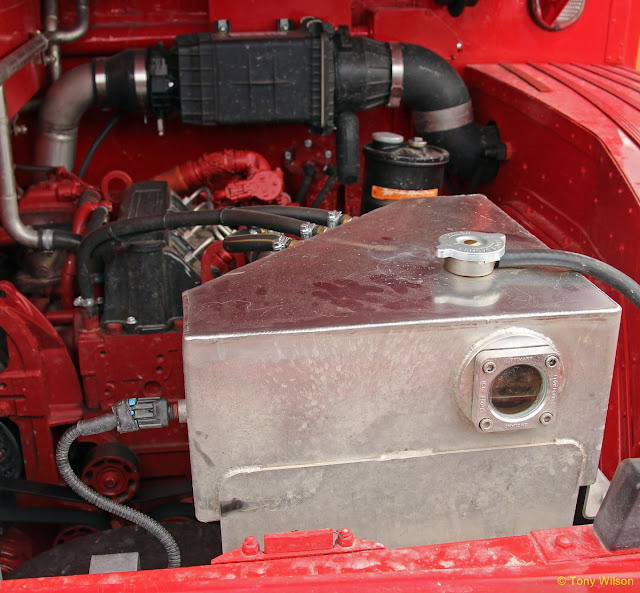 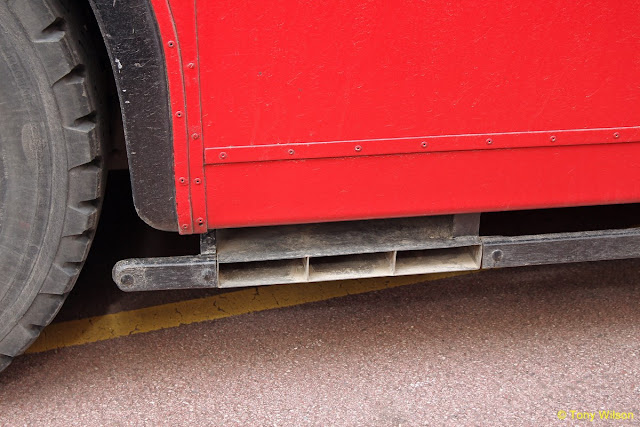 The exhaust has been rather nicely incorporated into the bar beneath the bodywork towards the rear of the bodywork, just ahead of the rear offside set of wheels.