All the Sixes, clickety-click 66

After a launch at the local Barnsley football club a fleet of nine brand new 66-plate ADL E40D/Enviro400 MMC double-decks entered service on Stagecoach's route 66 (Barnsley & Elsecar). Eight of the nine such buses are required for service, six of which are in a bold '66' livery. The other when not required is for use on route 57/59 (Barnsley & Royston circular). 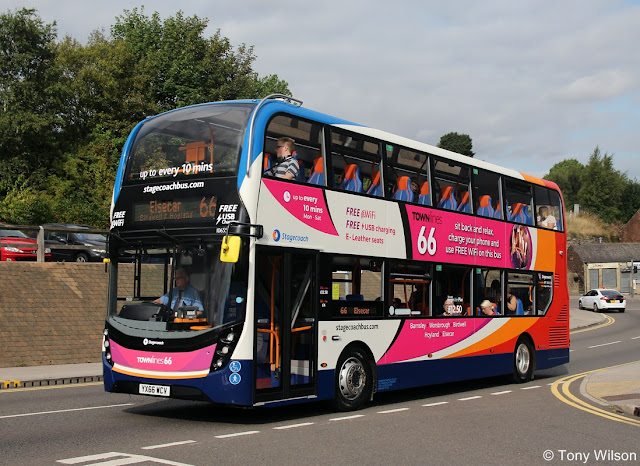 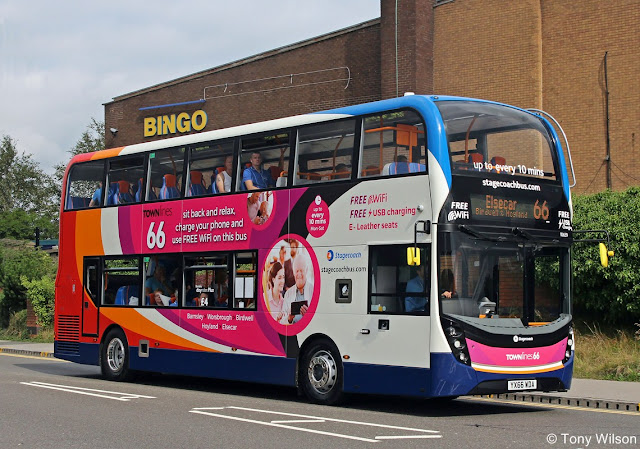 The nearside of 10655 (upper) is shown climbing up towards the railway station and the offside of 10658 (lower) is shown as it passed the local Bingo hall both on Schwabisch Gmund Way, hence the title to this posting.
Barnsley is twinned with the German town of Schwabish Gmund and Gorlovka in the Ukraine. 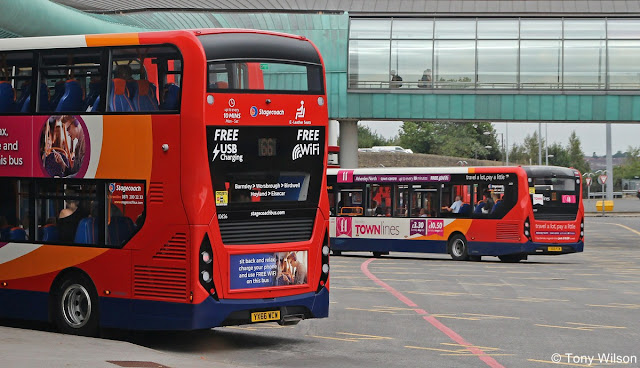 The double-decks have joined an earlier fleet of ADL E20D/Enviro200 MMC single-decks the rear aspects of which can be viewed here in the Barnsley Interchange. 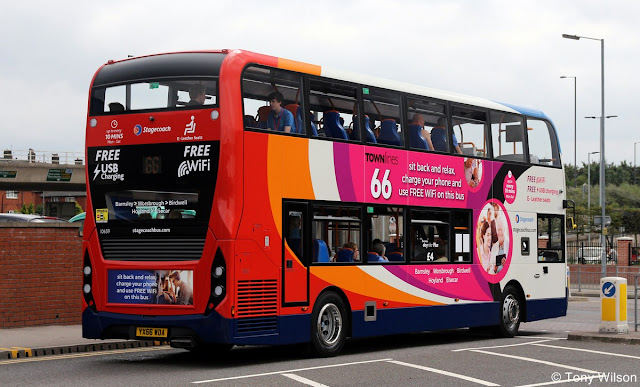 The vehicles are of a pretty good specification with comfortable seats and electronic gismos to attract drivers out of their cars. A nice touch on the interior staircase panels are images of staff, some of whom are the bus drivers assigned to the route 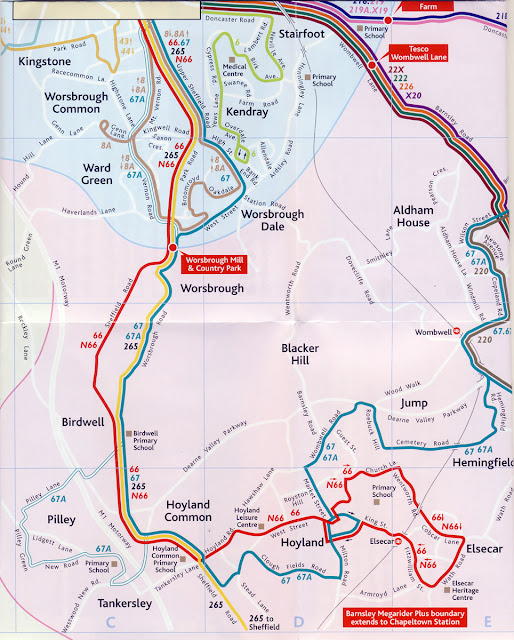 An interesting and varied route as has town, fast open road up through Worsburgh and Birdwell to Hoyland Common, then twists and turns on the estates of Hoyland and Elsecar, which certainly exercises the drivers' skills. Worth doing the round trip which takes just over the hour to complete.