Recently local people were for the first time given the opportunity to venture underground and explore a 240-year old canal tunnel which has been abandoned since it collapsed over a century ago. 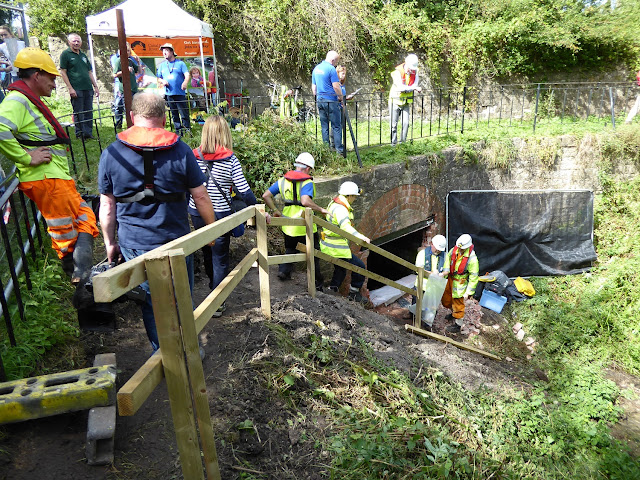 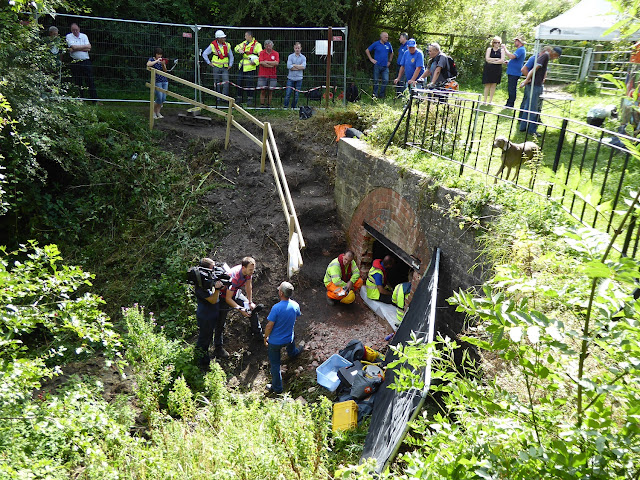 Engineers from the Canal & River Trust, the charity that cares for 2,000 miles of waterways in England & Wales, carried out a ten yearly inspection at Norwood Tunnel near Kiveton and, for the first time, invited a limited number of people into the tunnel to see it for themselves. 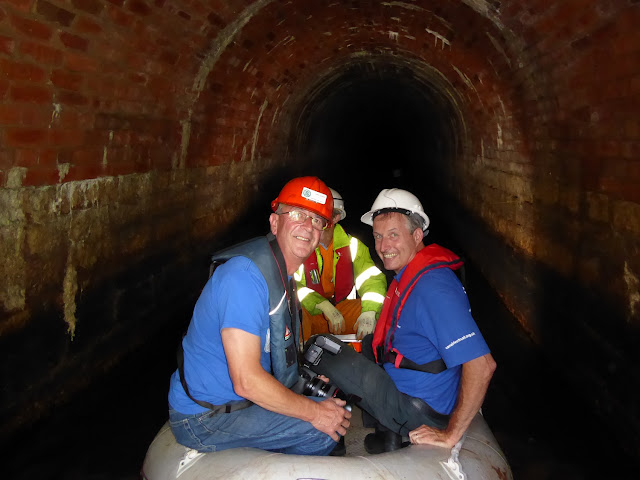 At 2.6km Norwood Tunnel was the longest canal tunnel in Britain when it was officially opened in May 1775. However subsidence from nearby mining works led to sections of the tunnel sinking and, despite efforts to raise the roof, it finally collapsed completely after heavy rain in October 1907.

The collapse effectively cut the Chesterfield Canal into two sections and trade on the Western section of the canal ceased between 1914 and 1918, but continued between Kiveton Park and West Stockwith until 1955.

Today the eastern portal of the tunnel is bricked up for safety reasons and so, before the inspection could take place, the engineers had to break through the brick wall.

Once through they used a small dinghy to inspect the 475m stretch between the eastern portal and the collapsed section. The engineers were looking for signs of cracks and leaks and to assess the overall condition of the tunnel.

As part of the project the Trust took the opportunity to give a small number of guests, including volunteers from the Chesterfield Canal Trust, the chance to venture into the tunnel to see for themselves. 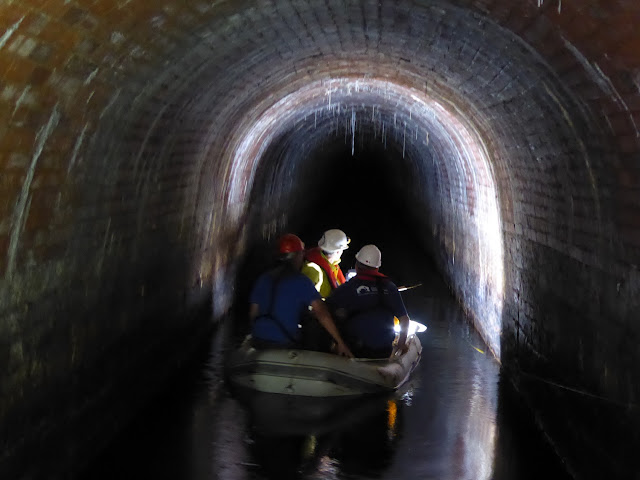 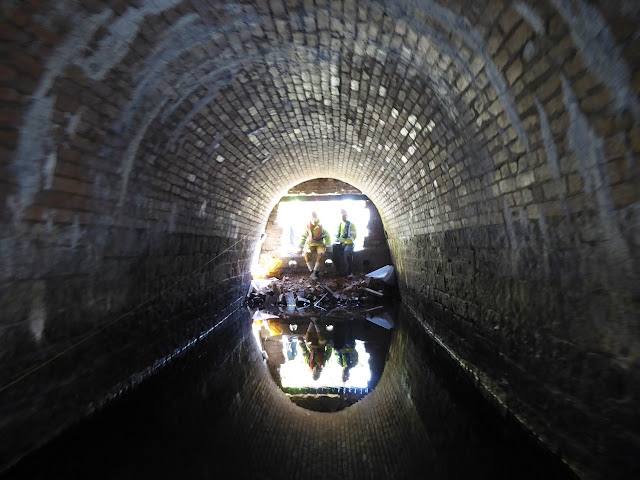 Sean McGinley, waterway manager for the Canal & River Trust said; “This is a really exciting opportunity and it’s like opening up a giant brick time-capsule.

“It’s going to be fascinating to get in there for the first time in a decade and see how the tunnel’s looking. It will be particularly special for local volunteers from the Chesterfield Canal Trust who have been working for years on plans to restore the canal and link the two sections either side of Norwood.

“We think giving them the opportunity to explore is a fitting reward for all their dedication and hard work over the years but it will also hopefully create some wider interest and inspire more people to get involved and support the restoration of the Chesterfield Canal.”

One of the nation’s most celebrated engineers James Brindley was working on the tunnel at the time of his death in 1772 with the project then passed to John Varley and latterly Hugh Henshall. At just 3m wide the tunnel doesn’t have a towpath and so boats would have been propelled through by legging, where boatmen would lay on the roof of the boat and walk along the tunnel’s ceiling.

Robin Stonebridge, chair of Chesterfield Canal Trust said; “The Norwood was without doubt one of Brindley’s gems, and we would like to see it used as part of the canal restoration. The tunnel has been considered for many years as the one obstacle to further restoration of the Chesterfield Canal. We view this as a great chance to see what state this part of the tunnel is in, and work with the Canal & River Trust on how we can get the canal up into Kiveton Waters.”

To find out more about restoration efforts on the Chesterfield Canal go to www.chesterfield-canal-trust.org.uk. For more detail on the work of the Canal & River Trust go to www.canalrivertrust.org.uk