The Competition and Markets Authority has decided that the award of Northern rail franchise could push up bus and rail fares in some areas.

The decision to award the Northern rail franchise to Sunderland transport group Arriva may result in higher fares on some routes in the region, the watchdog has said.
The Competition and Markets Authority (CMA) has provisionally found that fares may rise on bus routes in Northumberland , Darlington and other areas of the North because the rail franchise overlaps with bus and rail routes that Arriva already operates.
The authority has recommended that caps be put on some of the routes affected, including X14, X15 and X18 in the Ashington area. 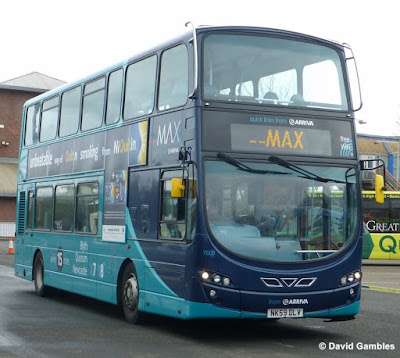 Arriva has expressed its disappointment at the findings, but says it will work with the CMA until its final report is released later this year.
As well as the areas of potential conflict in the North East, the report highlights problems in Yorkshire, Greater Manchester and Teesside.
Phil Evans, who chaired the inquiry for the CMA, said: “We assessed the franchise award thoroughly and have provisionally found that it could lead to higher fares for passengers on some local rail and bus services in the North of England, which would be significant for consumers using these services.
“However, we have not identified competition concerns arising from this merger on most routes and we recognise Arriva’s commitment to bringing a range of benefits through the Northern rail franchise to passengers, such as better trains and improved customer service. Our remedies will protect passengers in the relatively few local areas where we have identified competition concerns.
“We are now inviting responses to our provisional findings and remedies notice, and will continue to assess all the evidence before we make our final decision.” 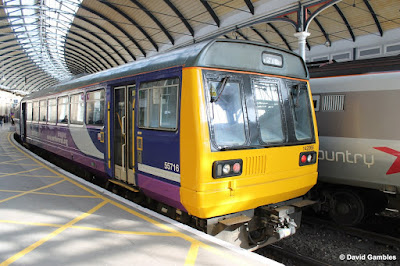 Arriva won the Northern rail franchise last December and began operating it in April.
The Sunderland-based group already operates the Arriva Trains Wales and CrossCountry rail franchises, as well as operating Grand Central trains, It also provides local bus services in many areas of the North.
The CMA has opened consultations on its provisional findings, asking for representations by September 30. Its final report will be published on November 3.
Chris Burchell, managing director of Arriva UK Trains said: “We are pleased that the CMA in their provisional findings have recognised Arriva’s commitment to bringing a range of benefits to passengers through the Northern rail franchise, including through better trains and improved customer service.
“We have maintained throughout this process that the operation of the Northern franchise by Arriva alongside our existing bus and rail businesses does not create any competition concerns and so we are disappointed that the CMA has identified a small number of these in a handful of local areas.
“This remains an on-going process and Arriva is committed to continuing to engage constructively with the CMA to resolve their concerns and demonstrate that the award of the Northern rail franchise doesn’t lessen competition.
“We remain fully committed to delivering our transformational plans for the Northern franchise for the benefit of all our passengers.”