Recently Ensignbus of Purfleet in Essex launched the first of a fleet of new double-deck buses into service. Nothing surprising in that, bus companies are doing that all the time.
However, on this ocassion they were the first of a brand new type for the United Kingdom in the shape of buses imported from the Southern Hemisphere and supplied by a Chinese/Australian partnership named BCI the marketing name for Bus & Coach International.
The first four are 12.5m long tri-axle 98-seaters in H61/37F layout designated as FBC 6123 - BRZ2. Assigned fleet numbers 401-404 and registered as LX66 GXC/D/E/F, they are fully DDA and powered by Cummins Euro-VI 8.9litre engines. The buses stand 4.24m high and are 2.5m wide. A curved staircase is provided which allows for increased seating, the covering of which features the company name and one of their own Wright Eclipse Gemini double-deck buses.
A unit above the rear mounted engine provides full air conditioning throughout, thus there are no opening windows.
Their first appearance in revenue-earning service was over the weekend of 10/11th September when they operated a rail replacement service for Abellio Greater Anglia.
Painted in Ensignbus' traditional blue and silver livery they look pretty stunning and no doubt will prove popular with drivers and passengers alike earning their keep as mass people movers.
There was one additional vehicle, that was sold on to a company in North West England.
Ensignbus intend to import ten further buses from BCI by the end of the year, ten 10.8m long 82-seater two-axle versions for the company's Thurrock bus network. Unlike the tri-axles these will have conventional ventilation and thus feature opening windows. Two additional buses will be available as demonstrators.
A selection of images follow, which have kindly been supplied by Richard Godfrey. 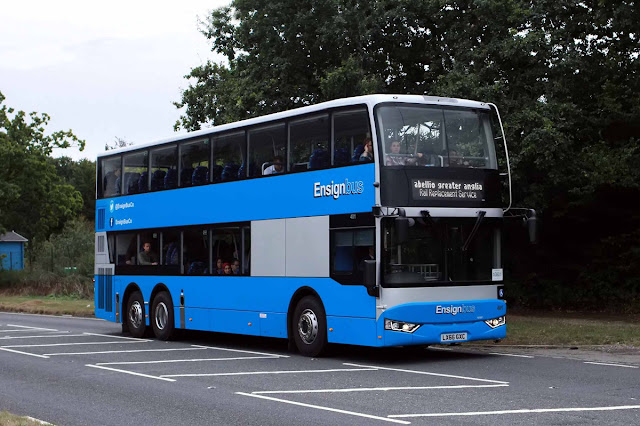 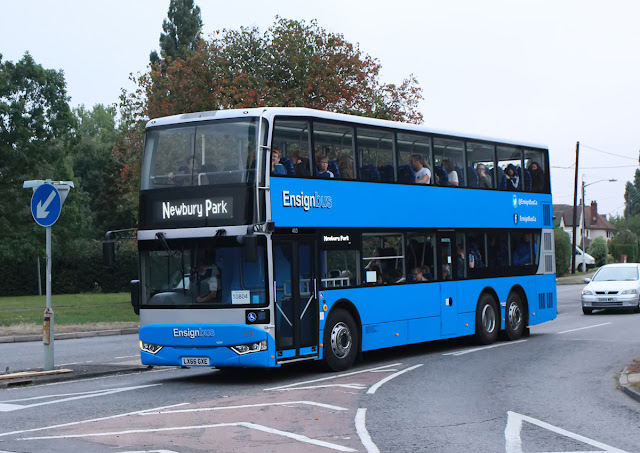 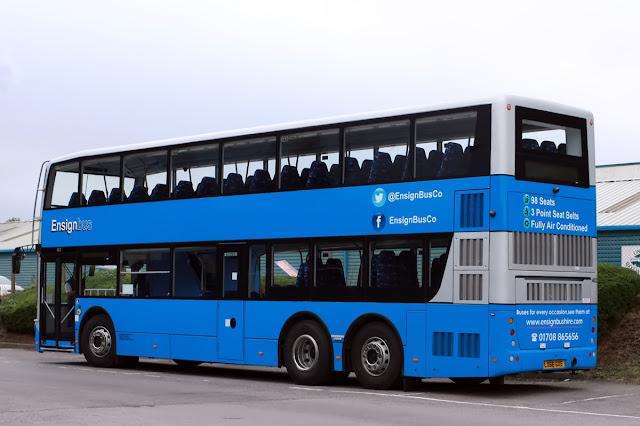 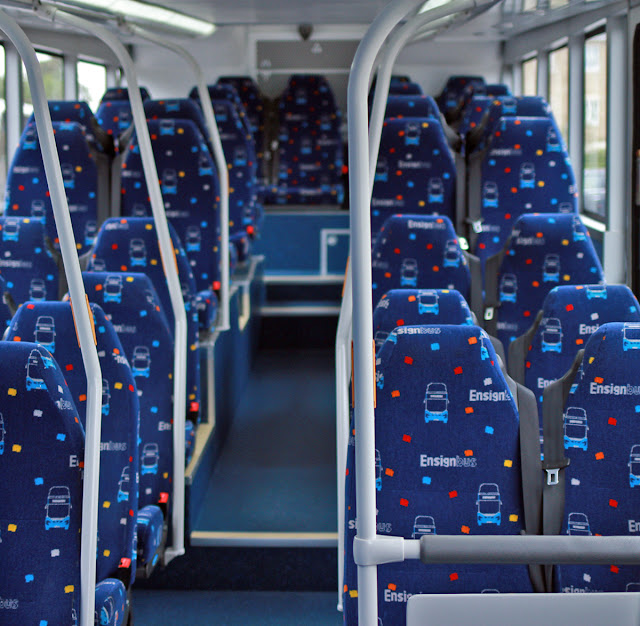 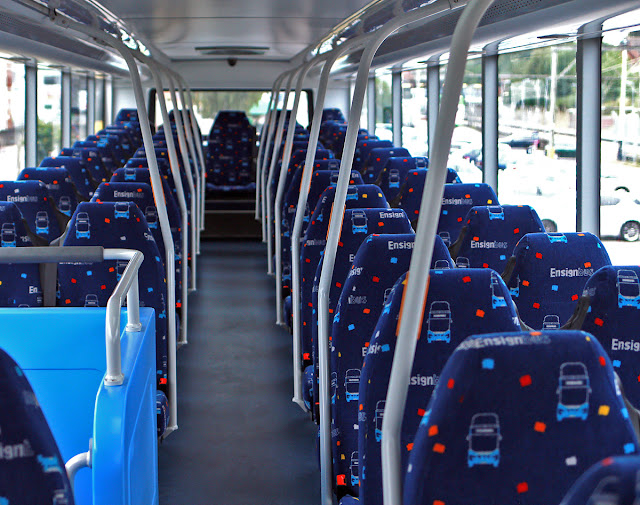