First York driving down emissions in the city

An electrifying milestone has been celebrated this week in York, as the ground-breaking 12 First Bus electric vehicles which operate on two of the city’s Park & Ride sites have collectively driven one million kilometres since launching in June 2014. The one million landmark has also seen huge savings in CO2 emissions, when compared to operating a diesel bus – an estimated 880 tons. 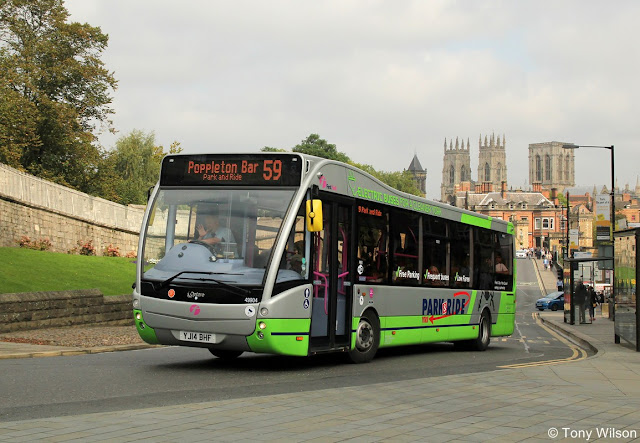 The major milestone was reached this month (September), making First York the fastest bus company to reach the one million kilometre mark, in comparison to other areas that also operate a similar number of electric vehicles. The fleet of 12 vehicles racked up the impressive total in just 21 months, some nine months ahead of schedule, which is a significant achievement for the business and city, as City of York Council continues its plans to make York a pollution free city.

Speaking about the First Bus electric vehicle fleet, which are also fitted with free Wi-Fi, Marc Bichtemann, Managing Director at First York, said: “We are constantly striving to introduce cleaner vehicles, improve fuel efficiency and reduce emissions, so this milestone is a fantastic achievement.

“We operate 12 electric buses between the Poppleton Park & Ride, Monks Cross Park & Ride, and York city centre, all of which deliver zero tail pipe emissions and support our local authority partners’ goal to reduce air pollution in the city.

“The electric vehicles are not only performing to a really high standard, but they are popular with our customers too, and we look forward to continuing to welcome even more customers onto our services.” 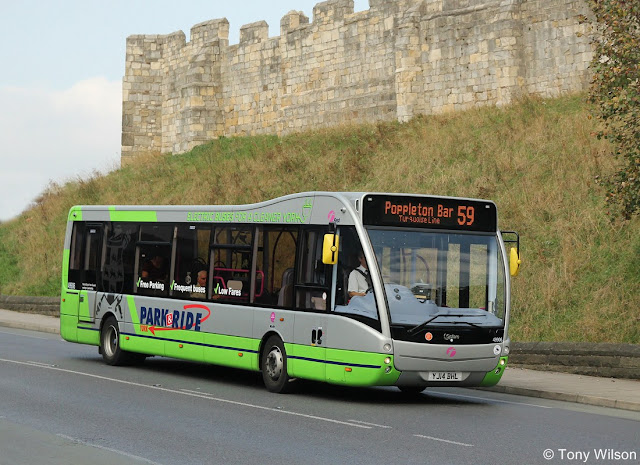 The electric vehicles were manufactured locally by Sherburn in Elmet based Optare. Robert Drewery, Commercial Director at Optare said: ‘Optare is delighted that these award winning electric buses, currently the most efficient in the UK, have proven to deliver such an impact on local air quality in a relatively short period of time. As the leaders in UK electric bus technology, we will continue to develop our electric vehicle technology and work with local authorities and operators, such as First York, to ensure more electric buses like these operate in our region and throughout the UK in the future.”

Cllr Ian Gillies, Executive member for Transport and Planning, said: "Over four million passenger journeys are made on York's Park & Ride service each year, making it one of the most well used services in the country. The fact that electric buses have collectively accumulated one million kilometres reinforces our commitment and investment in working to reduce emissions, improving air quality and increasing transport options for residents and visitors to York."

This milestone also follows the recent news that First Bus has been awarded ‘Low Carbon Vehicle Operator of the Year 2016’ at the prestigious Low Carbon Champions Awards.

The first electric buses were introduced in June 2014, and run the majority of services for the York Park & Ride. For more information on First York visit www.firstgroup.com/york.