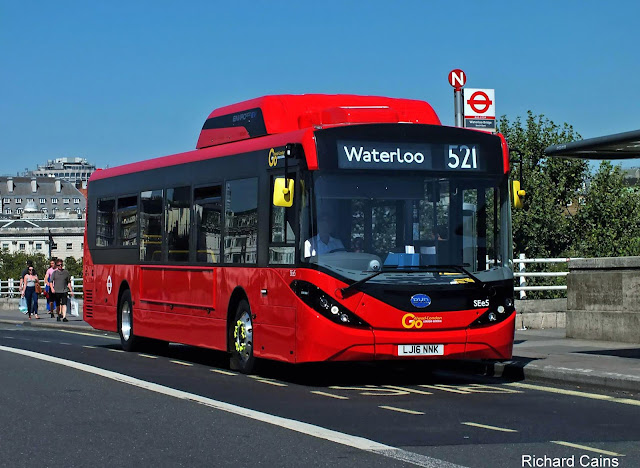 Operated by Go-Ahead London General from their Waterloo (RA) base, eventually fifty-one of these joint Chinese and British built 12-metre long BYD K9E with ADL Enviro200 MMC type bodywork will operate route 521 and the 507 (Victoria Station & Waterloo Station).
With rather odd looking fleet numbers SEe1-51, it was numbers 5 and 7 that first appeared in revenue-earning service, number 5 shown here as it headed south over Waterloo Bridge during Tuesday afternoon. 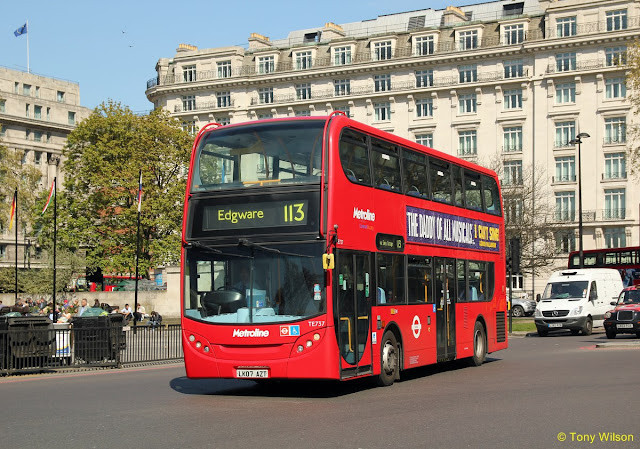 However, please note that there is currently a consultation programme out for routes that serve much of the Finchley Road corridor in north west London. Significant changes are expected and are built in to the awards of the two respective contracts. Results of the consultation will affect routes 13/N13,82,113/N113 and 139/N139.
Proposals include the 82 to become route 13 (North Finchley & Victoria Station) and the 113 be re-routed back to Oxford Circus instead of Marble Arch.