New plans to reinstate a helicopter service between Penzance and the Isles of Scilly have been revealed.
The plans include an application to build a new heliport in Penzance adjacent to the former heliport on Eastern Green.
A helicopter service to the islands had operated for 48 years until it was ended in October 2012.
It's hoped the £2 million private investment will boost the tourism industries of both West Cornwall and the Isles of Scilly with the project set to be completed in early 2018.
Anyone travelling between the islands and the mainland has to either fly from Land's End, Newquay or Exeter or take the Scillonian Passenger Ferry. 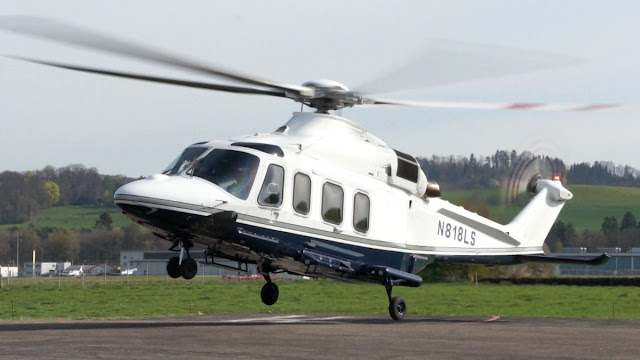 Under the plans 15-seater AW139 helicopters - which are said to be quick, quiet and state-of-the-art - would ferry passengers between Penzance and St Mary's and Tresco on the islands.


One of the investors in Penzance Heliport Ltd. and the owner of Tresco Island Robert Dorrien-Smith said:


"The helicopters, thanks to lower level flying, can operate in poorer visibility, and therefore it will not only provide greater transport options, it will also provide better access and flexibility for those visiting, working and living on the islands.”

"I am in full support because this investment will be a significant boost for our economy, both in west Cornwall and on Scilly, and help to address many of the concerns that people on the islands have regarding transport, particularly during winter months."

– Derek Thomas MP, CON, St Ives & Isles of Scilly
Local residents in Penzance and the Isles of Scilly will get to chance to review the proposals before final applications are made in the Autumn.