The NRM and Customer Assistants

Saturday 3rd September saw the removal of all Customer Assistants from the LT-class NRM (New Bus for London), and the open rear platform has been adjusted to be driver-only door operated. The final routes to be operated with Customer Assistants were as follows: 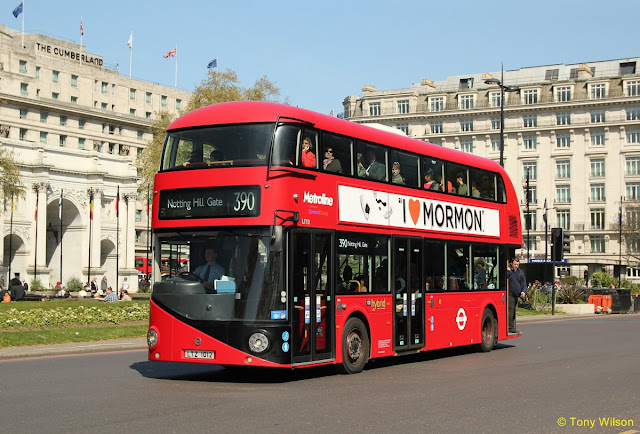 The old order is illustrated by Metroline Travel's LT12 (above), complete with Customer Assistant on the rear platform, as it passed by Marble Arch back in April 2104 on route 390 bound for Notting Hill Gate. The new order has Abellio's LT 622 (below), with rear door firmly closed as it passed over Lambeth Bridge in September on route 3 to Piccadilly Circus. 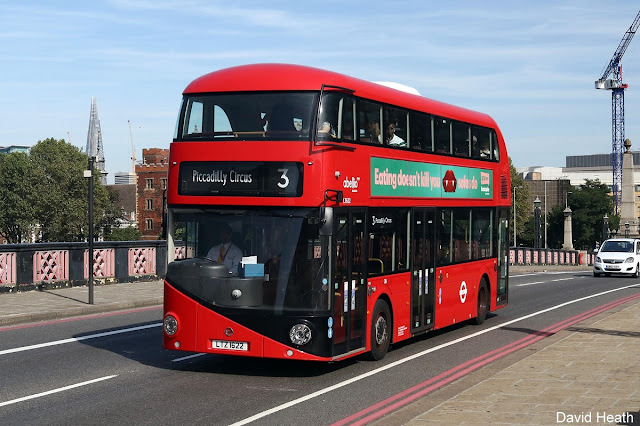 This now leaves the 'heritage' element of route 15 (Trafalgar Square & Tower of London), as the only driver and conductor crew operated route. This remains in the hands of Stagecoach East London run during daytime hours using a fleet of traditional 1960s Routemasters from West Ham (WH) Garage. 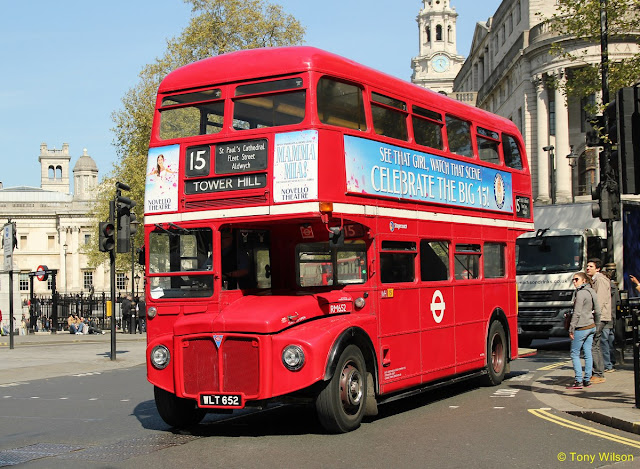