Virgin Insists it Will Not Abandon Blackpool

Virgin trains insists it will not abandon Blackpool despite the forced withdrawal of the resorts only direct rail service to London. From Monday October 3 the company’s 0521 departure from Blackpool North will be replaced by a bus as far as Preston as Network Rail begins preliminary work to bring the line’s creaking Victorian infrastructure into the 21st century. 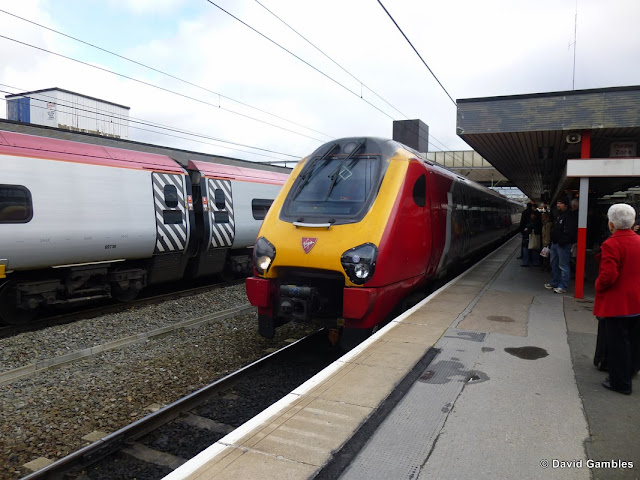 One train a day will still run into Blackpool from London Euston. But outbound services are not likely to resume until work on the route is completed in May 2018. A spokesman for Virgin Trains said: “We want to make it clear we would not be doing this if it could be avoided. “The 0521 departure from Blackpool North will be replaced with a bus service, departing at 04.47. “This will connect with the Euston service departing Preston at 0600. “The departure from London Euston to Blackpool North will operate as usual as it is not affected by Network Rail closures. “We are clear that Blackpool will not be forgotten and we intend to re-instate the service in the future.” Virgin says the rail replacement bus service will pick up passengers at Poulton-le-Fylde and Kirkham.

Virgin’s is not the only train which will be affected by overnight closures, which are set to begin next week and remain in place until the project to electrify the route is completed. Northern Rail services from Blackpool will not begin until 6am with trains scheduled before that time also replaced by bus services. Late night trains will also be hit. The last service from Blackpool towards Preston will depart at 22.45 with the last service in the other direction leaving Preston at 22.19. As the closures are planned four nights a week - from Tuesday to Friday - some weekend and Monday morning services could still operate. The shutdown is the first real sign of work beginning on Network Rail’s electrification scheme, part of a £1bn investment in the North West’s railways. But it may be some time before passengers begin to see any physical signs of progress. A Network Rail spokesman said: “We are beginning a programme of overnight closures beginning on Monday. “This is to allow surveying and ground investigation work to take place along the route. “We have already been carrying out similar operations but this will give us more time on site with our equipment. “This is the beginning of a scheme of works leading up to the full electrification of the route by May 2018.” Network Rail is expected to announce further closures in the coming months, with weekend closures being planned in the new year. A full 18-week shutdown of the route to allow widescale track improvements and remodelling, is expected to take place from November next year. Network Rail has promised to improve capacity and reliability along the route. Their plans include a new platform at Kirkham, a reduction in the number of platforms and the lengthening and straightening of others at Blackpool North. Speed limits are set to increase in some places and the signalling along the route will be upgraded. Once completed electric trains, including Virgin’s Pendolino expresses, will be able to operate into Blackpool. Virgin and open access operator Alliance Rail have both expressed an interest in increasing the number of direct services to London from the resort.