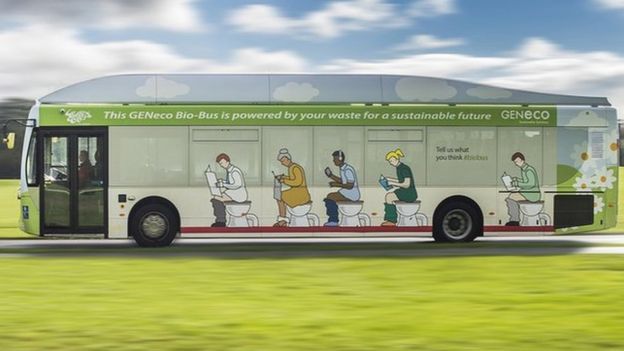 Plans to roll out a fleet of "poo buses" have gone down the pan after the government turned down a funding bid.
The UK's first "Bio-Bus" launched on the number two route in Bristol, in March last year. The bus ran on gas produced by human and food waste.
Following a successful trial First Group and rival operator Wessex Bus had hoped to run fleets of bio buses.
However, the bid was rejected by The Office for Low Emission Vehicles.
The "poo bus" initiative was led by Wessex Water's renewable energy company GENeco to show how biomethane gas - produced during the treatment of sewage and organic waste - could be used as a sustainable alternative to traditional fossil fuels to power vehicles and homes. First West of England had applied for a grant to run 110 gas-powered double-decker buses in Bristol.
Wessex Bus and partners GENeco had also put in a £2.5m bid to fund 20 bio-buses in the city by 2019.
The gas produced by Bristol sewage treatment works in Avonmouth, run by Wessex Water's renewable energy company GENeco, is now instead injected into the national gas network.
First Bristol confirmed that the number two "poo bus" service is no longer running.
Ian Drury, from GENeco, said while the firm was disappointed the bids were unsuccessful, the pilot project "started a global debate on how biomethane buses running on renewable sources could significantly reduce air emissions in cities around the world".
He added that more than 70 biomethane buses were given the go ahead by The Office for Low Emission Vehicles to run in other areas. 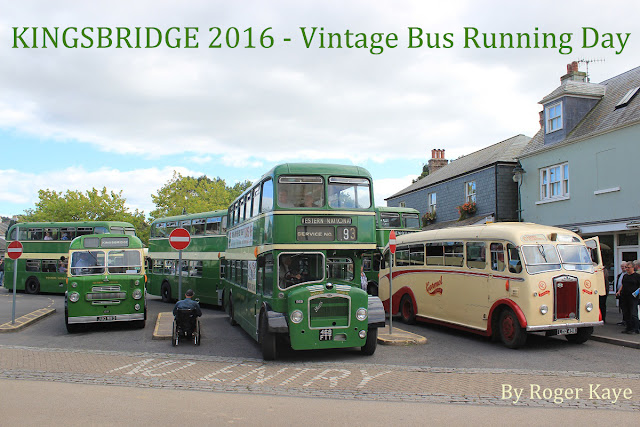 The now annual Vintage Bus Running Day at Kingsbridge was held during September. Roger Kaye visited the event and a set of images are in the latest album which can now be viewed by clicking here