With apparently little notice, as the the summer timetable ended and the winter schedules commenced, the weekend 29/30th October saw the vintage Routemaster fleet of Edinburgh Bus Tours (Mac Tours) cease operation. It is unsure at the time of posting as to the future of these buses.
Mac Tours commenced their independent tourist operations around Edinburgh during the last years of the 20th Century. Their fleet grew from modest beginnings to become a regular sight around the city's streets using a variety of half-cab buses. Most were open-top but one or two were closed or part open top. Their final batch of half-cabs was a selection of former London Routemasters of varying lengths and style and proved popular with tourists.
During this period the operation was taken over by Lothian Buses and subsequently absorbed into the Edinburgh Bus Tours, where the Routemasters were the last of the 'old brigade' to tour the city until last weekend.
A whole new fleet of purpose-built Volvo B5TL double-decks with Wright open-top bodywork now operate the city's various tourist trails.

A few images below illustrate the Routemaster operations with a couple of later more modern oddities thrown in for good measure, in order to illustrate life after Mac Tours were taken over.

SEE ALSO THE LATEST ON THE NEW FOCUS FLICKR SITE:

A further selection of images are also now available, of some other interesting half-cabs that were used in the earlier years of operation. These are in an album which can be viewed by clicking  here 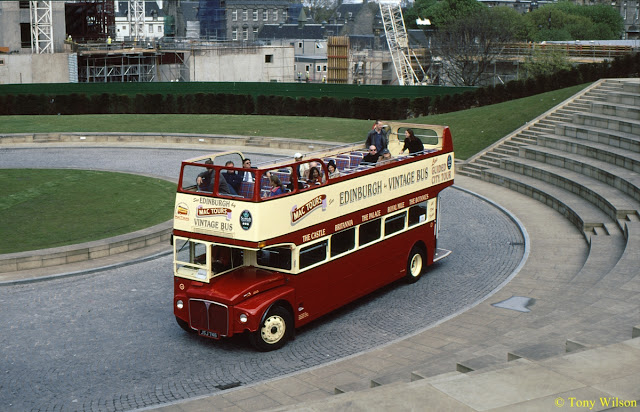 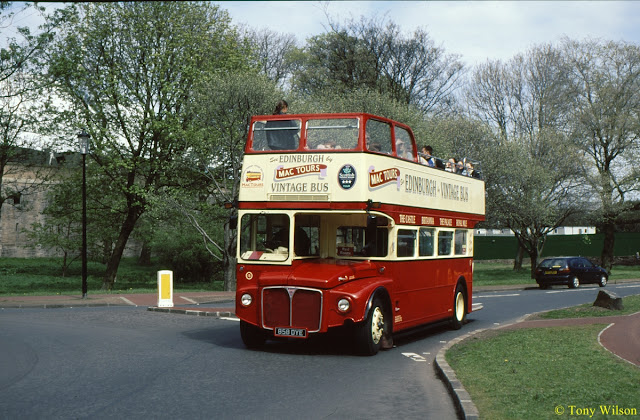 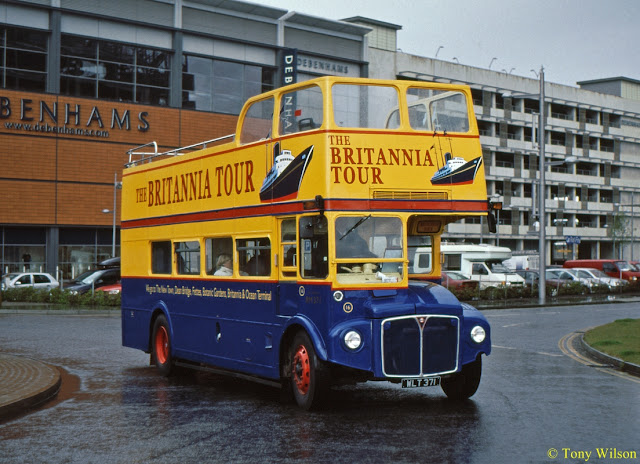 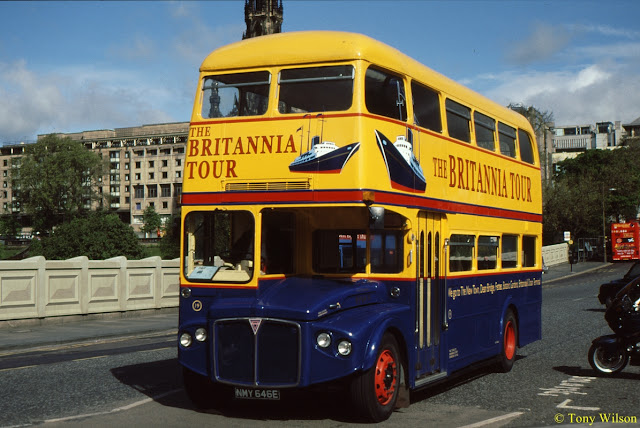 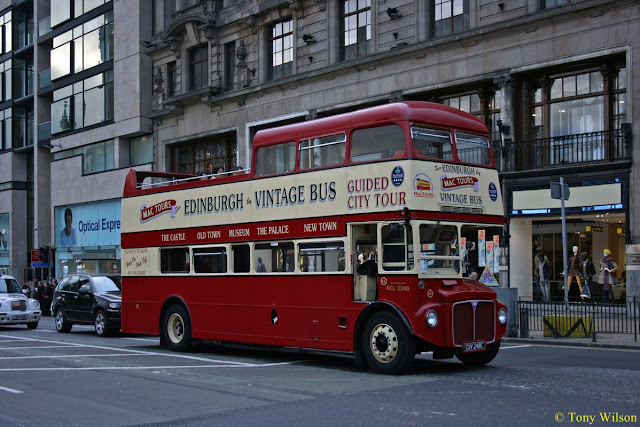 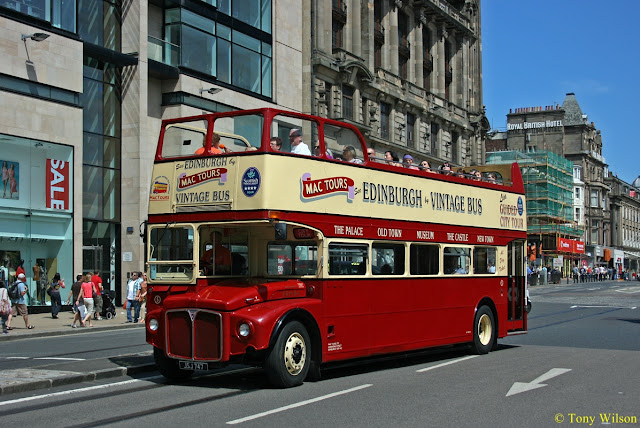 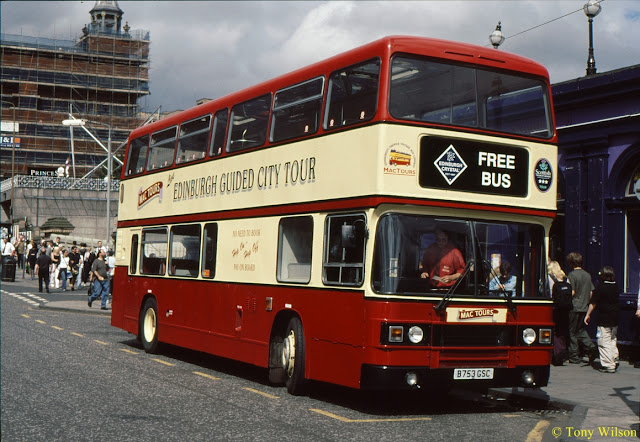 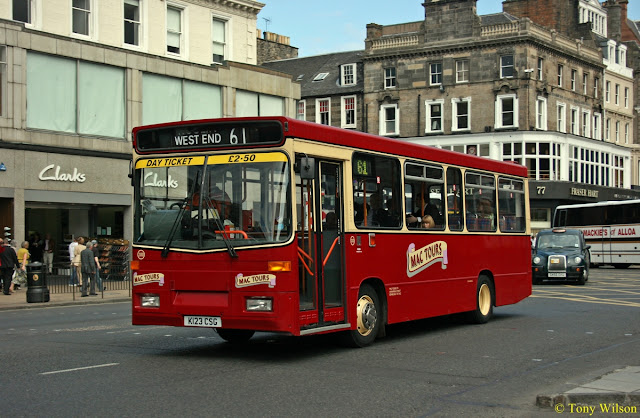 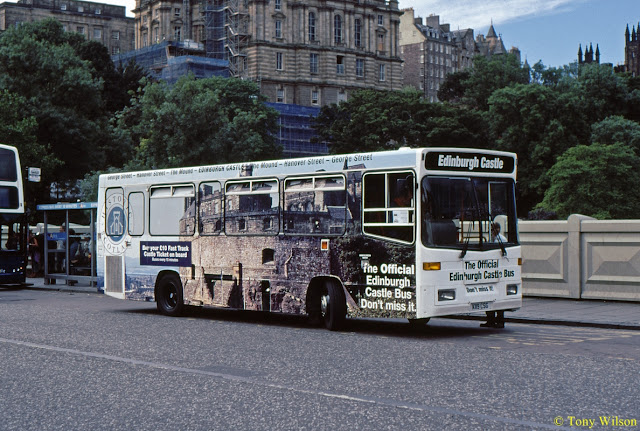