During the first quarter of 2013 Anglian Bus a subsidiary of the North East-based Go-Ahead Group, took delivery of thirteen MAN EcoCity gas buses with Caetano bodywork and were initially operated on the trunk 146 (Norwich-Lowestoft) route and local Norwich City service 140 (Hall Road via Tuckswood Estate).
Allegedly emissions from these 100% biogas powered vehicles were 70% better at the time than Euro VI carbon neutral vehicles.
Regrettably one of the buses fell victim to serious injury as the result of a road traffic accident. It was subsequently deemed not fit to return to duty and withdrawn from service completely

They looked and sounded pretty good, especially when you consider that these buses were powered by compressed natural gases (CNG). However, they can also be powered by biomethane or biogas, the resultant purge of waste products. Allegedly some of the best quality such gases can be produced made from treated human waste. (Why use several words when only one would do?). The vehicles provided a very smooth and quiet ride with a nice bright interior.

However, all good things come to an end and their time in Norfolk has ceased, the remaining twelve buses by now transferred within the Go-Ahead Group, south westwards down to the Plymouth City subsidiary, where they will operate on the City Centre & Ernesettle route. 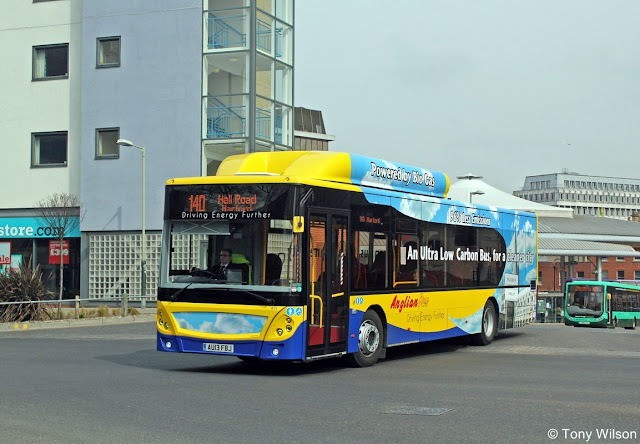 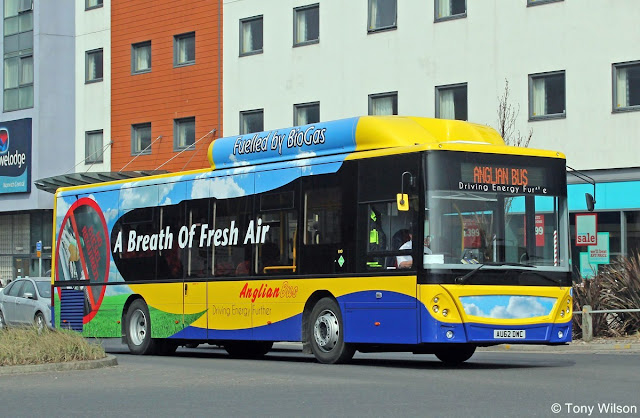 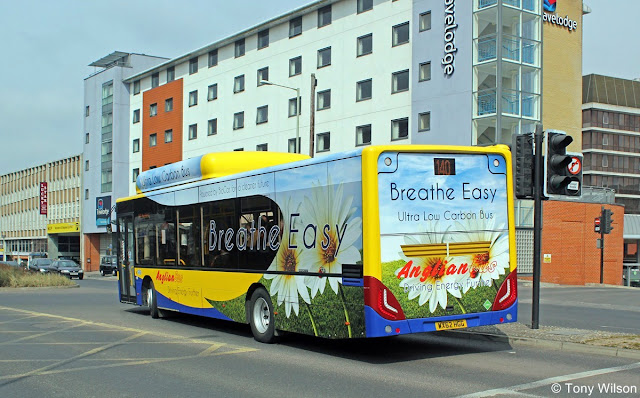 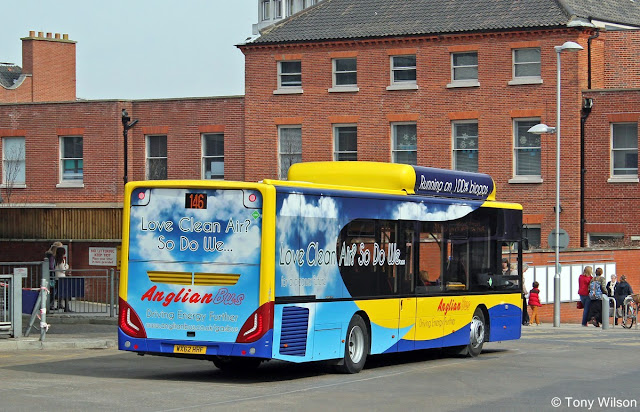 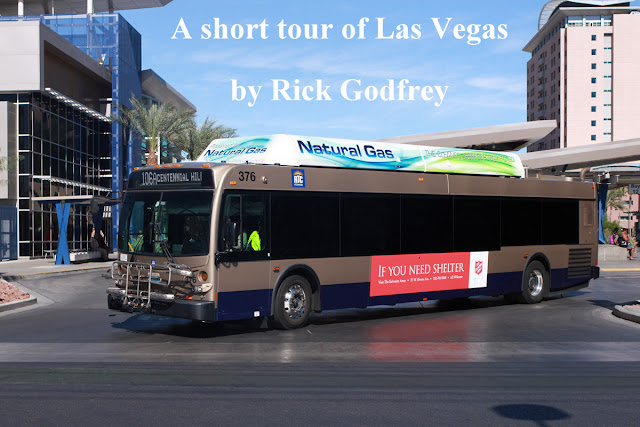 Coincidence or not? In the light of today's American Presidential announcement, the latest album on the New Focus Flickr site is a set of images from Las Vegas, the gambling capital of the United States of America. This can now be viewed by clicking  here