Now that the days are short and the nights longer, the bus rally and Running Day season in the main, draws to a close for another year. So the Focus website will take the opportunity to hopefully brighten a few of the grey days with several albums on the Flickr site from the rather splendid Showbus event held during September. 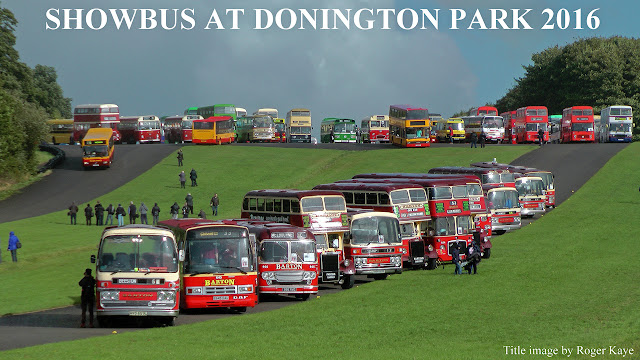 From humble beginnings way back in January 1973 the event has grown year on year to the major national event that we have today. And surely for such an event it should be held somewhere in ‘Middle England’ in order that it be within the reach of as much of the bus world following as is possible.


Dr.Martin Isles has been through many highs and lows since 1973, one of the lowest probably Woburn in 2015, where had he said that’s enough, who could have blamed him. But no, he stayed loyal and found Donington Park at the western end of the East Midlands Airport’s runway.


Located within reach of the M1/A42/A50 road network, access to and from the site was easy for vehicles and a frequent bus service linked in to the rail network at East Midlands Parkway. Car parking was more than adequate especially when one considers that there are thousands of spaces available for major events on the adjacent motor racing circuit.
Given the space allocated and to fit in several hundred vehicles on hard standing, yes there were some parked close beside one another, but they had been arranged so that when the sun shone, and boy it did so in the afternoon, most vehicles were positioned facing the brighter conditions.

But it is not all about photography, other visitors were there to look at and ride on a variety of buses around the local area. 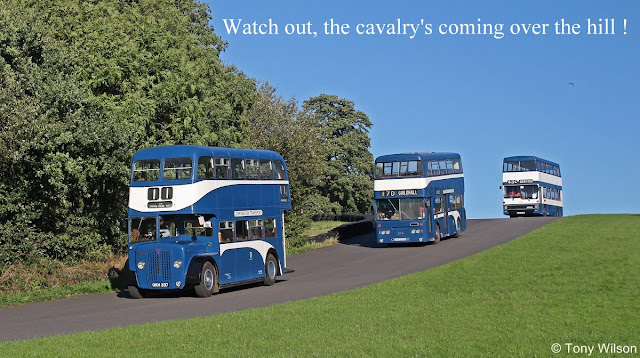 That said the finest hour for some was from 3 o’clock onwards as the vehicles departed, when Martin and his team’s plans came together to provide a splendid run out of all but a handful of entrants, as they drove down the hill to the exit and passed by the massed ranks of appreciative photographers. Despite one short rogue shower and some cloud, the day was blessed with glorious sunshine.

The first of several albums can now be viewed on the Flickr site by clicking  here and here
These two include the special feature of the Barton collection from nearby Chilwell and various other line-ups during the day. More will follow.