The Merseyrail network is set to get brand new trains after Liverpool City Region leaders gave the green light to the £460m project on Friday 16th December.
The state-of-the-art trains that will come into service by the end of 2020 will replace the near 40-year-old fleet that currently runs on the network – the oldest in the UK. 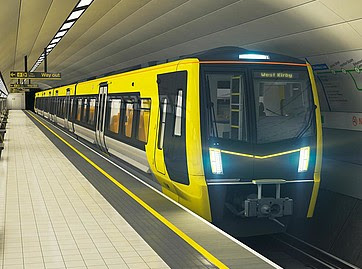 The trains will be built and maintained by Swiss manufacturer, Stadler, subject to a final legal process and the signing of the contracts in the New Year.
The new trains will be safer – most notably in the ease in which everyone can get on and off, and will also make Merseyrail the most accessible traditional network in the country.
The trains will be able to carry 60 per cent more passengers while retaining the same number of seats, will cut journey times by 10 per cent– equivalent of up to nine minutes on some end-to-end routes, and will have the capabilities to eventually run beyond the current Merseyrail boundaries to places like Skelmersdale, Wrexham and Warrington.
The trains, which will not result in any additional fare increases or council tax rises, will be publically owned by Merseytravel, meaning that they can be designed specifically to suit the network, with features local people have said they want to see.
Today’s approval by the Combined Authority marks the end of an extensive procurement process which formally began in October 2015 when the Merseytravel Committee gave permission for the project to go to tender after approving the business case for new trains, recognising that it represented best value for money long term.
It took into account a number of factors including the increasing costs in maintaining a near 40-year-old fleet and the capacity pressures of a 2.5 per cent rise in passenger journeys every year. 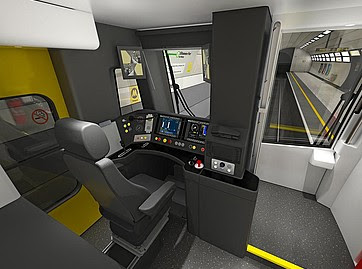 The new trains’ project also includes infrastructure upgrades to power supplies,  platforms and track, as well as refurbishment of the depots at Kirkdale and Birkenhead North and the ongoing maintenance of the trains.
Key features of the new trains:-
·         More space for bikes, buggies, disabled passengers and luggage; intelligent air conditioning; a bright, open and airy saloon, and a mix of seating types, keeping some of the ‘sociable’ facing seats,– all these points came out of a Transport Focus survey of local users in 2013.
·         Easier to get on and off – the most common request in the Transport Focus survey. This will be achieved through reducing the ‘gap’ between the train and platform through: a train body configured specifically for our network; lower train floors; platform and track improvements and a ‘sliding step’ from the train – this combination  gives almost ‘level access’ in a first for the UK.
·         On-board safety – the train will be a ‘safe space’ forming one continuous space with no dividing doors; CCTV with images broadcast within the train saloon  and to the driver and control room; a direct link to the driver and control room; the driver visible through a transparent cab door; on-board customer service staff, supplementing other on-board staff and staffed stations.
·         Door safety – there will be traffic light system door illuminations indicating when it’s safe to get on and off; sensitive door edges that will detect ‘the pull’ from something as narrow as a tie or finger, stopping the train from moving or bringing it to a stop.
·         Wider aisles, larger areas at the doorways and many more grab handles, making the train much easier to move around and safer for standing passengers.
Said Mayor of Liverpool and Chair of the Liverpool City Region Combined Authority, Joe Anderson:
“The people of our City Region need and deserve new trains. Merseyrail is one of the top performing networks in the country and we want to keep it that way. This is a once in a generation opportunity for custom built trains that will be safer and carry more people, more quickly.
“A better rail service will bring a boost to the regional economy of £70m every year, plus a1000 new jobs. It’s also one our first Devo Deal successes for the City Region as we’ve got commitment for funding that will help make this project happen.
“Unusually, these trains will be owned by us locally, meaning we can make sure the trains are exactly what passengers want and that they are ready for our future plans.”
Added Cllr Rob Polhill, leader of Halton and lead member for transport on the Liverpool City Region Combined Authority:
“The decision today is not just about the new trains themselves but what they will enable us to do.
“These trains will have the capability to operate beyond the current Merseyrail boundaries, potentially bringing the benefits of the high performing network to people in places like Skelmersdale and along the Borderlands line into Wrexham within the next 30 years – helping us deliver our long term rail strategy.
“The new trains will help us improve links within and beyond our area, linking in to the wider ‘Northern Powerhouse Rail’ agenda.” 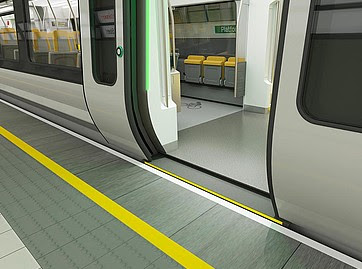 The new trains will be operated differently, with the driver – assisted by cameras along the length of the train – responsible for the opening and closing of the doors and the dispatch, rather than the guard.
This mode of operation, Driver Controlled Operation (DCO), was put forward by all bidders in meeting the recommendations of the Rail Accident Investigation Branch (RAIB) report into the fatal incident at James St in 2011.
Many suburban ‘commuter’ networks and all Metro networks in the UK are DCO, including the Tyne & Wear Metro and London Underground – which has been DCO for 30 years.  In terms of ‘light rail’ the Manchester Metrolink is also DCO. Between 60 and 70 per cent of all rail passenger journeys in the UK are on DCO networks. It is also used extensively across Europe.
While this method of dispatch doesn’t require a second person to operate the train, it is recognised that local people value on-board staff. As a result, new customer service roles, based in the train saloon will be created. It will mean staff are on hand to assist and advise passengers, targeted at key locations and times. While the customer service roles will be smaller in number than the current guard complement, it is expected that a number of guards will take up these positions.
At their meeting earlier today, the Merseytravel Committee put forward a motion for guaranteed continued employment for those guards who are currently permanently employed at Merseyrail and wish to remain so.  On consideration of the business case, Merseytravel officers confirmed that these costs can be accommodated as part of the project. The motion was then endorsed by the Combined Authority.
Reductions in posts, required to make the project affordable, are expected to be accommodated through redeployment, voluntary redundancies and retirements over the next four years, until the new trains are fully operational on the network.
Said Cllr Liam Robinson, Chair of the Merseytravel Committee:
“These new trains will be fit-for-the-future, safer and faster and at no additional cost to passengers or council tax payers. It is a ‘must do’ project; the benefits are clear.
“That is not to say that we’re not sensitive to the staffing implications of such a decision. In an ideal world we’d like to have a second member of staff on every train to ensure the highest level of customer service, but there aren’t the resources to do that.
That is why, as the Merseytravel Committee, endorsed by the Combined Authority, we have sought guaranteed continued employment for all permanently employed guards and their managers who wish to stay at Merseyrail – something that we have had reassurance can be accommodated.


“Some guards will have the opportunity to be employed in a new on-board customer service role and others will be able to take advantage of other redeployment opportunities, all on the same terms and conditions as now.”