Volvo recently launched the world’s largest bus chassis at the FetransRio exhibition in Rio de Janeiro, Brazil. The new bi-articulated chassis, which  was developed in Brasil, Gran Artic 300, is 30 metres long and can carry up to 300 passengers. 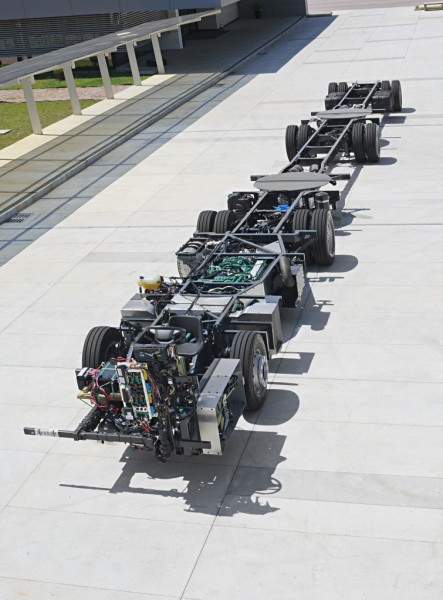 The new Gran Artic 300 has been developed in Brazil especially for BRT systems – high demand transportation systems where buses run on dedicated lanes. The bus will be able to carry up to 30 passengers more than the preceding model. One bi-articulated bus of the model replaces three standard vehicles.


At the FetransRio exhibition Volvo also unveiled a new 22 m articulated chassis, the Super Artic 210. It has capacity for 210 passengers and is equipped with five doors. The extra door facilitates boarding and alighting and also enables a better passenger distribution inside the bus. The vehicle is built on three axles.
The high-capacity buses reduce the number of vehicles operating in the bus corridors, leading to an increased average speed of the system as well as reduced emissions.
Volvo claims to be a pioneer in the development of vehicles for BRT systems. The company has delivered more than 4,000 buses to the BRT-systems of Curitiba, Bogotá, Guatemala City, Mexico City, Santiago de Chile and San Salvador.