New national research has found that people who use the bus to commute are on average £1,000 better off than those travelling to work by car.
Despite lower fuel prices, bus travel costs are around 55% cheaper than the same commute by car, saving passengers an average of around £95 a month, according to the study.
The average annual savings of £1095 would be enough to cover the entire annual energy costs for a medium-sized house*.
The news comes as further research shows that people’s worries about congestion and its impact on pollution are growing, with 55% of people saying they were concerned about congestion and 60% saying they were concerned about exhaust fumes in towns and cities.** 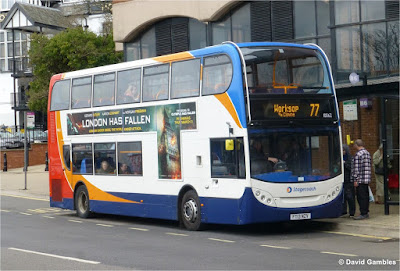 Research by Stagecoach, Britain's biggest bus and coach operator, covered around 35 key commuter routes in England, Scotland and Wales. It compared the weekly price of hopping on the bus with the cost of fuel and car parking for the same journeys.
The study found: 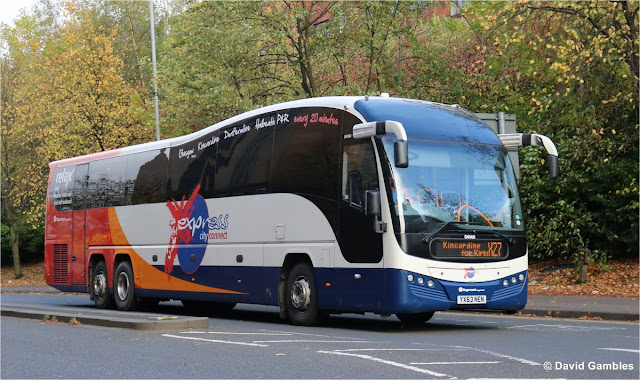 Robert Montgomery, Managing Director of Stagecoach UK Bus, said: “This research shows it’s still significantly cheaper to commute to work by bus for many people up and down the country.
"The average savings could pay for a family holiday, or increase the monthly shopping budget.
“We are working hard to deliver good value travel for the many people who rely on the bus. However, bus passengers need urgent action from our politicians to tackle the growing problem of traffic congestion in our towns and cities which is pushing up fares and increasing journey times.
“We are investing in continued improvements for our customers but we need those responsible for road infrastructure to match that commitment by freeing up road space to let buses flourish.”
Stagecoach has made a series of investments to help transform bus travel for customers, including:


The study assessed the cost of making the journey daily by car, taking into account only the cost of fuel, parking and any toll road payments – no other costs associated with car ownership were included. The survey then compared the motoring cost with the cost of purchasing a weekly multi-journey ticket on Stagecoach buses which allows unlimited travel on Stagecoach services within the designated area. The results are based on an average saving calculated across 35 commuter routes in the UK. Individual savings will vary. Fuel prices recorded between 9-16 January 2017. Monthly and annual savings calculated on Weekly Megarider purchases over 46 weeks of the year.