Long-suffering Southern Rail season ticket holders may be able to claw back £1,000's if other credit card companies follow the example set by American Express in refunding a passenger who'd been plagued by delays. 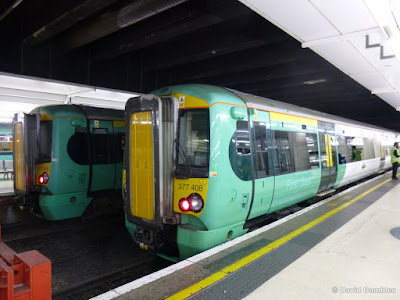 A season ticket holder has disclosed he'd taken advantage of Section 75 of the Consumer Credit Act and received a £2,400 refund from his credit card provider on the cost of his Southern season ticket.
Section 75 rules mean that credit card companies are jointly liable along with retailers for making sure that customers receive the goods or services they paid for. As a result, Sean's credit card firm American Express (Amex) agreed to issue him with a partial refund of his ticket based on the regular delays he'd suffered.
The Amex payout could potentially pave the way for a huge number of claims to credit card companies by disgruntled Southern season ticket holders.
When you take a credit card company on, if it rejects you, you have the right to go to the Financial Ombudsman. The Financial Ombudsman adjudicates based on three things: the law, standard industry practice, and 'have you been treated fairly?'
"The very fact that one credit card company has agreed to pay out could open the floodgates because of that standard industry practice rule.
"The overarching rule here is that if you've got a Southern Rail season ticket and you've been badly affected by the disruption then you can try with Southern Rail, but equally you can try with your credit card company under Section 75."