For a short period from 16th-19th January there was the first ever city tour bus for dogs, where every element of the experience catered to man’s best friend.
Created by MORE TH>N DOGGYSSENTI>LS, the bus tour invited owners and their dogs to experience a whistle-stop sightseeing experience of London like no other.
The carefully crafted bus route saw dogs taken to some of London’s best parks and city centre dog walking spots, including Hyde Park, Kensington Palace Gardens and Green Park and allowed owners to disembark the bus and take their pooch for a stroll if they chose 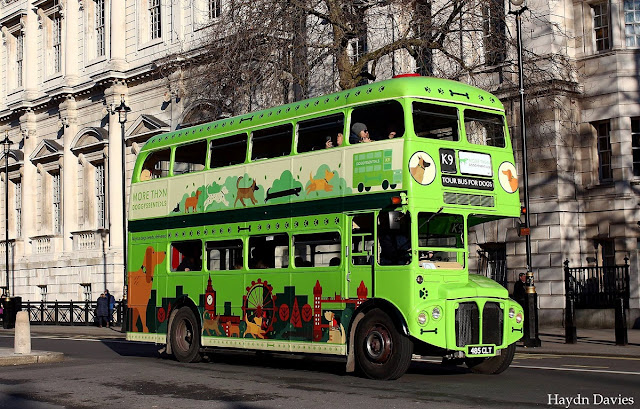 A former London Transport AEC Routemaster/Park Royal coach was provided and decorated accordingly by those clever people at Ensignbus. RMC 1485 was captured and rounded up by our good friend Haydn Davies as it bounded along Whitehall. Note the rather apt and clever route number "K9" was assigned to the service.

Along the way, live onboard commentary for dog owners lifted the lid on London’s rich canine history, and included the ministerial dogs of Downing Street and the many corgis that have shared Buckingham Palace with the Queen. Guests were also provided with a handy leaflet that mapped dog-friendly pubs, bars and restaurants in the area, where owner and dog could refuel together post-walk.
The tour bus for dogs route took approximately 90-minute to complete (depending on traffic conditions) and was as follows:


The bus tour was created by MORE TH>N DOGGYSSENTI>LS to launch its new service – a pet care and protection offering that provides all the essential items for a happy and healthy dog, delivered direct to your door each month. To celebrate the launch, every dog owner who joined the bus tour was gifted a travel-size version of the MORE TH>N DOGGYSSENTI>LS box, which contained treats and throwing balls. 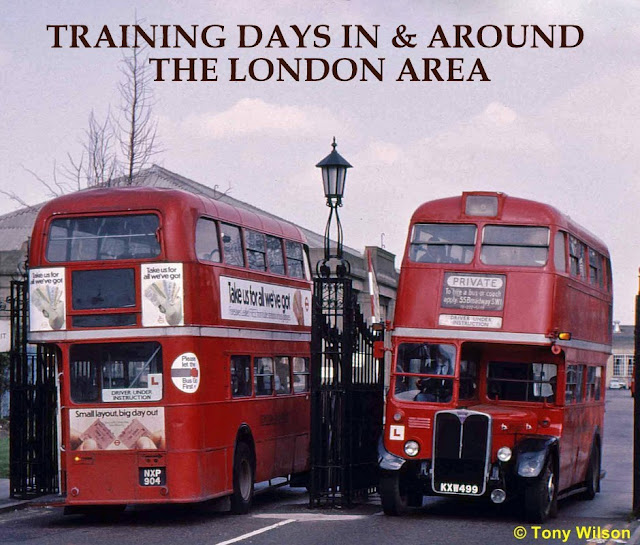 Staying with a London theme but this time a set of images with a training theme. Driver training on buses and coaches is most important before new recruits can be assigned to full duties, especially on the mean streets of London and the surrounding counties. Thus an album has been created of such vehicles at work and can now be viewed by clicking  here