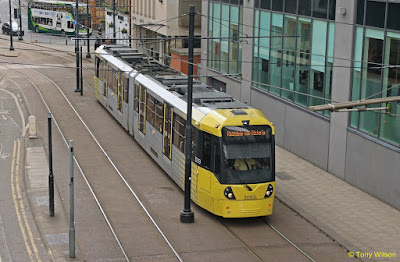 The new line will offer new links and more frequent trams through Manchester city centre, as well as improved service reliability and greater operational flexibility.
This city crossing runs from a major new stop at St.Peter's Square along Cross Street to stops at Exchange Square and Victoria, and will allow more trams to run through the city centre and across the 93-stop network.
The Second City Crossing is the final piece in Metrolink’s £1.5bn ‘big bang’ expansion programme – which has seen extensions to MediaCityUK, East Didsbury, Rochdale via Oldham, Ashton and Manchester Airport.
Importantly, the new line will support the tram network’s future growth by allowing for increased services to run on some lines as demand to travel grows.
Construction work on the new city crossing finished late last year and has been followed by a rigorous testing and commissioning process, including driver training.
When the new line opens, Manchester Airport services will run to the city centre Deansgate-Castlefield stop and, later this year, will continue to Victoria.
Services that currently terminate at Deansgate-Castlefield and Exchange Square will continue across the city centre to Shaw and Crompton and East Didsbury.
Peter Cushing, Transport for Greater Manchester’s Metrolink Director, said: “The return of passenger trams to this area of the city will be a historic day and the culmination of years of hard work. I look forward to our customers right across the tram network experiencing the benefits.
“We are gearing up to make some changes to services from the launch of the new line on Sunday 26 February and you can find out more now at www.metrolink.co.uk.”
Councillor Andrew Fender, Chair of the Transport for Greater Manchester Committee, was one of the first people to ride the new route on a test tram. 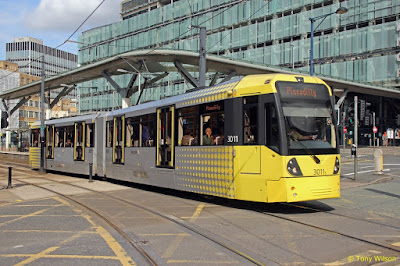 He added: “Not only will the Second City Crossing offer more trams through the city – on a more flexible, reliable tram network – but also a fantastic new view of historic Manchester landmarks such as the Royal Exchange and Manchester Town Hall.”
The Second City Crossing is part of the transformational Grow project which is seeing major investment into city centre infrastructure improvements, including bus priority measures, six new and better cycle routes into the city centre and major rail improvements.
The first phase of the Second City Crossing opened from Victoria through to a new stop at Exchange Square in December 2015.
Fast-tracked thanks to the European Regional Development Fund, this section of the new line allowed a six-minute daytime service to run between Shaw and Crompton, Oldham and Exchange Square from Monday to Saturdays.
The Deansgate-Castlefield and Victoria stops have also been upgraded in readiness to handle more services when the Second City Crossing opens later this month.
A campaign is now under way to remind customers of upcoming service changes from Sunday 26 February: