The latest phase of Manchester's Metrolink expansion is now complete after the new Second City Crossing through the heart of Manchester city centre opened on Sunday 26 February. 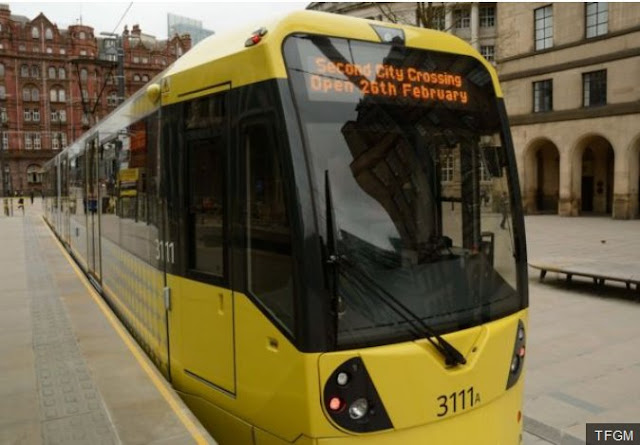 In December 2009 work began on a new tram line to East Didsbury, marking the start of a £1.5bn expansion programme that has seen the Greater Manchester Metrolink light rail network grow to three times its original size.

The latest 1.3km stretch of track through the city centre links together a network now some 93 stops strong, with over 60 miles of track and a record-breaking 37 million passengers a year.

The Second City Crossing runs from the transformed Deansgate-Castlefield stop to a major new stop at St Peter’s Square along Cross Street to stops at Exchange Square and Victoria.

Greater Manchester Mayor, Tony Lloyd, said: “Metrolink is one of Greater Manchester’s great success stories, driving urban regeneration and now hosting some 37 million journeys a year across the city region. “It’s testament to Greater Manchester’s drive and ability to work together that we’ve secured funding to treble the size of the tram network to become the largest in the UK.

The Second City Crossing will play a key role in helping even more people get to work, shopping, leisure and culture destinations right across the 93-stop network. “We’re now another step closer to our ambition of a world class transport network for Greater Manchester.”Transport for Greater Manchester (TfGM) owns the Metrolink network and has overseen the expansion works.

Chair of the TfGM Committee, Councillor Andrew Fender, said: “I am extremely proud, 35 years later, to see the completion of the Second City Crossing, and with it our phenomenal and multi-award winning ‘Phase 3’ expansion programme.

“It’s been a remarkable journey, one I’m privileged to have seen first-hand, and my thanks goes to all those who’ve worked so hard to turn those early dreams and ambitions into a reality and who have, ultimately, delivered a world-class transport system to the people of Greater Manchester.”

TfGM Metrolink Director, Peter Cushing, added: “I’m immensely proud of what we’ve achieved with our partners over the last eight years as we’ve expanded the Metrolink network to become the largest light rail system in the UK. “The Second City Crossing opening is the culmination of years of hard work to complete the Phase 3 big bang expansion, and it would not have been possible without the hard work of my team, contractors MPT and operator RATP Dev, helping to make this a reality.
“I’d like to thank everyone involved and I look forward to seeing our customers right across the tram network experiencing the benefits.”

The ‘big-bang’ expansion contract has been delivered by MPT, a consortium of

VolkerRail, Laing O’Rourke and Thales. Bryan Glass, MPT Director said: “For the past eight and a half years, the MPT team has worked closely with TfGM to deliver the expansion of the Metrolink network, and we’re proud to have completed the latest phase of this vital transport artery for Manchester. “We’re particularly proud that many passers-by took the time to compliment us on the quality of the works we’ve delivered. Everyone in the team has had to work in a very exposed city centre environment and they’ve done a fabulous job.”

Chris Coleman, Managing Director of Metrolink operator, RATP Dev, said: “I am very proud to be part of the RATP Dev team delivering another landmark in Metrolink’s expansion plan.