The Mayor of London, Sadiq Khan, announced plans for 10 more Low Emission Bus Zones deploying the greenest buses on the capital’s most polluted routes to cut harmful nitrogen oxide (NOx) emissions.
The buses are part of the Mayor’s hard-hitting measures to tackle London’s filthy air – responsible for the premature deaths of more than 9,000 Londoners every year – with major plans set to be implemented in 2017 to tackle the dirtiest vehicles.
The new routes include Edmonton, Stratford and Haringey, bringing the total number of Low Emission Zones planned to 12, including the previously announced zones in Putney High Street and Brixton. 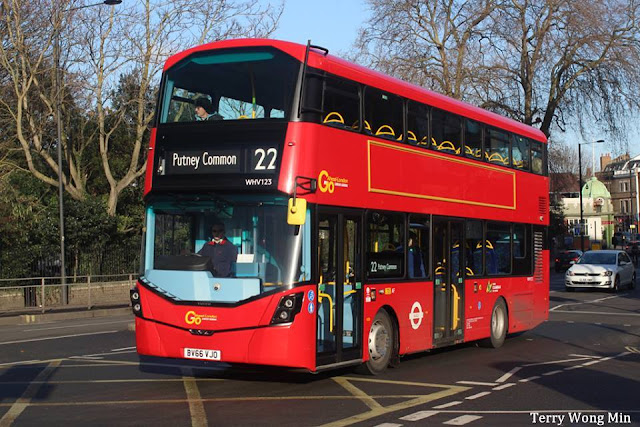 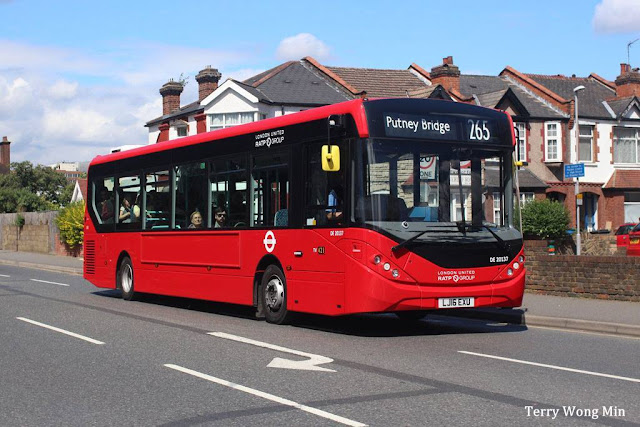 The Mayor has targeted air quality hotspots where people are exposed to some of the highest levels of nitrogen dioxide (NO2) pollution and where older buses contribute significantly to road transport emissions.
Thousands of school children will benefit from the introduction of the Low Emission Bus Zones, with 172 schools located within 100 metres of the new zones.  In addition, the benefits of operating the greenest buses will be felt more widely across the capital as the buses operate the full length of their routes.
The new greener buses, which will be a combination of hybrid and clean buses that meet Euro VI standards, are part of an improvement programme to 3,000 buses outside central London.
The zones are expected to reduce NOx emissions from buses along the routes by around 84 per cent and will fulfil the Mayor’s manifesto commitment to introduce Low Emission Bus Zones by 2020.
The Mayor of London, Sadiq Khan, said: “Tackling London’s filthy air is one of my main priorities and I am delighted to be delivering on that commitment by introducing these new Low Emission Bus Zones. Removing the oldest, dirtiest buses from our streets and delivering Low Emission Bus Zones will make a big contribution to tackling transport pollution.
"Safeguarding the health of Londoners is vital and I’m doing everything in my power both to transform London’s bus fleet and to target areas with the worst pollution.
“I want other cities around the world to work with me on demanding cleaner bus technology and I urge our government to take their responsibility seriously and introduce a national diesel scrappage scheme to deliver the step change we need on the dirtiest diesel vehicles.”
Leon Daniels, TfL’s Managing Director of Surface Transport, said: “These Zones will not only help improve health and air quality in the local areas, but will also help make those areas more pleasant places to be and encourage greater numbers of people to walk or cycle. By using bus priority measures we will also make bus journeys quicker and more reliable for our customers.”
The locations of the 12 Low Emission Bus Zones are:
The Putney High Street zone will be delivered in March 2017 and the route between Brixton and Streatham is set for October 2017.The Putney route will involve the exclusive use of only hybrid electric buses or those with top-of-the-range engines and exhaust systems that meet or exceed the highest (Euro VI) emissions standards. The other new 10 new routes will be delivered by 2020.
The Low Emission Bus Zones will utilise a number of ‘Bus Priority Schemes’ that ensure buses have priority over other traffic and are able to keep moving, cutting idling emissions and speed up journey times for passengers.  The TfL Business Plan, published at the end of last year, includes a £50m fund to be invested in bus priority schemes, helping attract more people back on to the bus network, and tackling pollution and road congestion.
Councillor Julian Bell, leader of Ealing Council, said: “Air quality is a huge issue for Londoners, which has a real impact on people’s health. I’m sure we’re all sick of putting up with pollution from traffic so I’m delighted that these low emission bus corridors are being extended across the capital, including Uxbridge Road, one of west London's busiest and most polluted routes. I know residents in Ealing, particularly cyclists and pedestrians, will be as pleased as I am to see some real action on this important issue.”
Councillor Tim Coleridge, the Royal Borough of Kensington and Chelsea’s Cabinet Member for Transport, said: “We have been asking the Mayor and TfL to clean up the bus fleet in the Royal Borough, and this announcement is excellent news for Kensington. I look forward to seeing a real reduction in emission levels soon.”
Councillor Heather Acton, Westminster City Council’s Cabinet Member for Sustainability and Parking, said: “We welcome TfL’s announcement for a green bus corridor along Edgware Road. This contributes to the many steps needed to combat poor air quality in London and complements Westminster’s own ambitious plans to reduce emissions in the borough. Edgware Road borders the Low Emission Neighbourhood in Marylebone, where we are trialling innovative steps to help towards a greener city and this is a valuable addition.”
Tompion Platt, Head of Policy at Living Streets, the UK charity for everyday walking, said: “It’s encouraging to see the Mayor taking action to improve air quality on some of London’s busiest high streets, where thousands of people walking are exposed to dangerous fumes every day. These measures, combined with those encouraging more people to swap their car for walking and cycling to their high streets, will help improve the health of everyone living, working and shopping in London.”
Areeba Hamid, clean air campaigner, Greenpeace, said: “These are welcome initiatives that show the Mayor is serious about his intentions to clean up our air, and protect Londoners from the harmful effects of air pollution. We’re hoping national government will take a leaf out of London’s book and provide plans and resources so other cities can also tackle air pollution to protect everyone’s health."
Low Emission Bus Zones are one of a number of measures the Mayor has asked TfL to take to reduce emissions from the capital’s bus fleet, including the phasing out of diesel only buses and a commitment to purchase only hybrid or zero emission double deck buses from 2018.