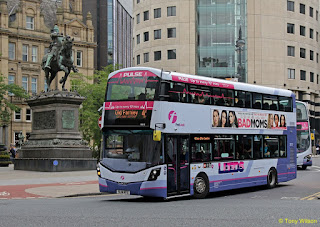 West Yorkshire bus passengers are using QR Codes and NFC Chips at bus stops 10,000 times each week to get real-time bus information on their smartphones, according to West Yorkshire Combined Authority which  has fitted unique QR (Quick Response) codes and NFC (Near Field Communication) tags at all of the county’s 14,500 bus stops. 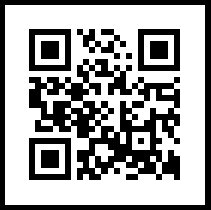 Located at the bottom left of timetable displays, when scanned by a smartphone they show customers when their next bus is due at that particular stop.
In 2016, passengers used QR Codes and NFC Chips over 400,000 times, with Leeds city centre stop K17 on Duncan Street, proving the most scanned with 1,734 uses.
Scanning the QR Codes and NFC Chips links people with the Combined Authority’s ‘yournextbus service which provides live, real-time departure details for all bus stops and services in West Yorkshire. The service, which also covers South Yorkshire, North Yorkshire and York, provides scheduled timetable information if real-time information is unavailable. 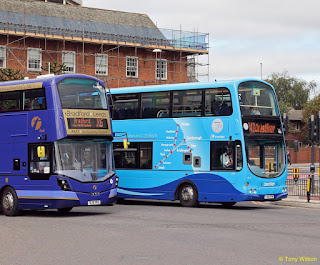 “People have told us that having reliable, real-time information available through the yournextbus service online, on bus stop displays and via SMS text, makes them more likely to use buses,” says chair of West Yorkshire Combined Authority transport committee Keith Wakefield. “By developing services like this, along with initiatives such as MCard smartcards and park-and-ride, that encourage people to catch buses, the Combined Authority is helping to reduce the numbers of vehicles on local roads, which helps reduce the cost of congestion to the economy. In addition and importantly, fewer vehicles on our streets also helps to reduce air pollution.”