Boeing rolled out the first 737 MAX 9, the second variant of the re-engined 737, at its Renton, Washington facility March 7.
The 737 MAX 9, which is 138 ft. and 2 in. long, has a maximum capacity of 220 passengers and a range of 3,515 nm. The aircraft’s first flight is expected “in the coming weeks,” according to Boeing. The CFM International LEAP-1B-powered MAX 9’s debut comes just over 13 months after the MAX 8 achieved its first flight. 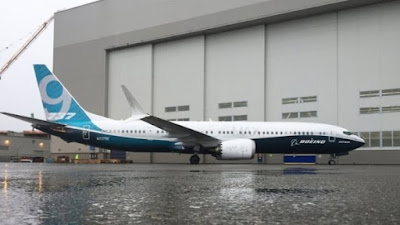