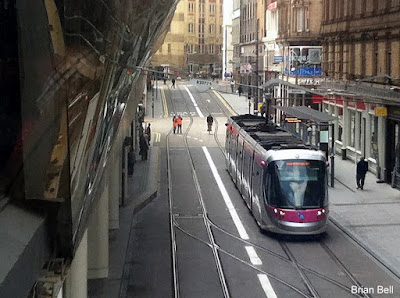 Transport for West Midlands (TfWM) is to take over the day-to-day running of its Midland Metro trams from October 2018 when the current concession, held by National Express, finishes.
The move will enable TfWM, which is the transport arm of the West Midlands Combined Authority (WMCA), to plough millions of pounds of future profits back into expanding the network.


Existing National Express staff will be transferred over to a new subsidiary company – Midland Metro Ltd – which will be wholly owned by the WMCA.

The combined authority is set to start a number of extensions which will see the network triple in size over the next decade, with passenger numbers forecast to increase from around 6.5 million at present to more than 30 million.
That is expected to generate profits of around £50 million over the first 11 years which the WMCA will be able to channel back into the network for the benefit of passengers and the local economy.
Cllr Roger Lawrence, WMCA lead for transport, said: “Metro is a fundamental part of our future plans not only for transport but for the West Midlands economy as a whole.
“It is a proven catalyst for economic growth and is critical to best connect and feed into HS2 so we can reap the maximum economic benefits possible from the high speed rail line.
“That’s why Metro is embarking on an unprecedented period of expansion and we believe bringing services in house will provide the extra flexibility and adaptability needed to meet this exciting new chapter while generating millions of pounds for the benefit of passengers and taxpayers.
“I’d like to thank all National Express staff for operating the Midland Metro for the last 18 years. Through their hard work and dedication, tram passenger numbers have grown significantly and they have been nationally recognised for the high level of customer service they provide.” 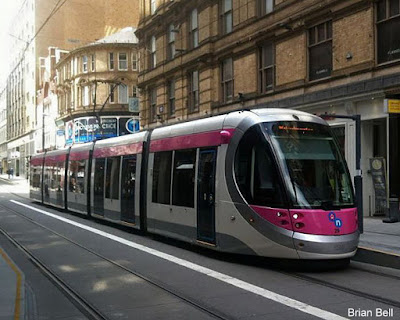 Cllr Lawrence said the move and the transfer of staff over from National Express would ensure existing skills and expertise were retained helping to ensure the Metro’s 99 per cent reliability and its other strengths were taken forward.
Bringing operations ‘in house’ would also enable TfWM to introduce new lines, trams, technology and operational practices safely, efficiently and with best value to the public purse, he said.
In taking the decision, the WMCA board was told that if it decided to continue outsourcing tram services from October next year then the tendering process alone to appoint a private operator would cost taxpayers several million pounds.
Laura Shoaf, managing director of TfWM, said: “The end of the existing concession provides us with an ideal opportunity to change the way we operate services to better meet the needs of passengers, the wider community and ultimately the economy.
“If we didn’t do this and instead outsourced operations to a private company at a time of such major expansion then it would be extremely difficult to accurately define the scope of services required from the operator.
“That would lead to continuous and expensive commercial negotiations to agree the price for the delivery of those network changes.
“So while bringing operations in house is not without risk we believe those risks are far outweighed by the advantages and that ultimately the move is good for passengers, good for taxpayers and good for the future prosperity of the West Midlands.”
Colin Saward, general manager of National Express Midlands Metro, added: “It’s disappointing we won’t get the chance to run the tram service when our current contract is up next year. But we appreciate TfWM’s reasons for taking services back in house when the network is about to change so much.
“We will continue to work closely with TfWM to ensure a safe handover that is as smooth as possible for passengers and staff.”
The planned expansion of the Midland Metro network includes an extension of the route from New Street Station to Centenary Square, with services expected to start running in 2019.
At its meeting last Friday (March 17) the WMCA board authorised TfWM and the Midland Metro Alliance to submit a Transport and Works Act Order application for the Centenary Square line to go further along Broad Street, past Five Ways and on to Edgbaston by 2021 and confirmed funding of £59 million towards the cost of the extension.
A Transport and Works Act Order has also been submitted for an extension through Digbeth in Birmingham, running from Bull Street via Albert Street and on to the forthcoming HS2 high speed rail station at Curzon Street.
From there it would go along New Canal Street and Meriden Street into High Street Deritend, stopping at Digbeth Coach Station and the Custard Factory. It is anticipated the line could be open by 2023.
In Wolverhampton work is set to start on an extension through the city centre as part of the £51.8 million Wolverhampton Interchange project.
The route will take trams along Pipers Row, stopping directly outside the bus station before continuing on to the railway station which is also being redeveloped as part of the project. The line is expected to open in 2019.
Meanwhile a business case is also being prepared to extend the Metro from Wednesbury to Brierley Hill.
Forthcoming extensions of the tram network will be built by the Midland Metro Alliance, a new partnership set up by WMCA.
The Alliance consists of the WMCA, rail construction specialists Colas Rail and a consortium of design experts from Egis, Tony Gee and Pell Frischmann.
The Midland Metro currently runs from Wolverhampton St Georges to New Street Station via Bilston, Wednesbury, West Bromwich, the Jewellery Quarter and Snow Hill Station.