Funding for Cardiff's multi-million pound bus station is yet to be secured nine months before it is scheduled to open, a report has revealed.
Cardiff council is negotiating a proposal for the delivery of the interchange with developers Rightacres Property.
Councillor Elizabeth Clark said she feared the capital would never "have a proper bus station again".
Cardiff council said it was right for all funding options to be considered.
The former bus station was flattened to make way for BBC Wales' new headquarters.
Leader of the council's Liberal Democrat group Ms Clark said it was "outrageous" no deal had been struck for the new interchange, which is due to open in December 2017.
"I'm increasingly worried about whether Cardiff will ever have a proper bus station again," she said.
The interchange, retail units and office aspect of the regeneration project was granted planning permission by councillors earlier this month.
A report before the council's cabinet on Thursday said negotiations were ongoing to reach a funding agreement for the bus interchange aspect of the development.
It reads: "The council is seeking to secure delivery of the bus interchange within the financial envelope of existing capital allocations and intends to conclude these negotiations in time to enable the construction to commence immediately following completion of demolition and site preparation works."
The report also says council leader Phil Bale has written to the UK government's Transport Secretary Chris Grayling to stress the "urgent need for long awaited investment" in Cardiff Central railway station.
Network Rail has put forward plans to modernise the station, but it is subject to funding being granted by the Department for Transport for the 2019-2024 funding period for rail projects.
Cardiff council confirmed the demolition of the NCP car park would begin next week ahead as part of the latest stage of the central square development.
But added that, due to the "massive scale of this development", the timeline set out was "purely a guide and wasn't definitive".
Councillor Ramesh Patel, cabinet member for transport, planning and sustainability, said the authority was simply getting on with its job, adding the old bus station had been demolished by the Lib Dems with no plan in place for a new one.
"It is always good practice to look at all the possible options - if we weren't confident we wouldn't be doing all this work.
"We are getting on with it, as far as I am concerned it is full speed ahead."

And finally, a blast from the past. 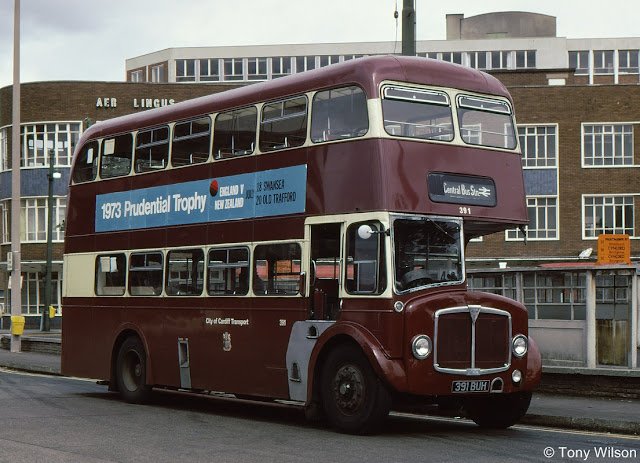 Part of the bus station and a City of Cardiff Transport AEC Regent double-deck back in August 1973. 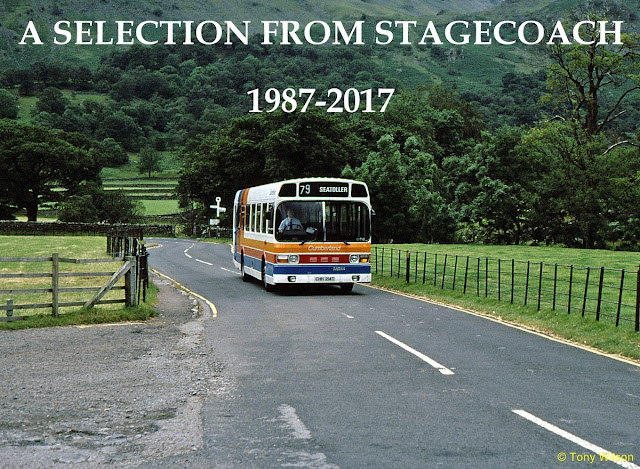 Stagecoach Group buses and coaches operated between 1987 and 2017 are the focus of attention in the latest album on the site. These can all be viewed now by clicking  here