Stagecoach South West has unveiled a fleet of open-top buses for the Bay. The sneak preview took place for businesses attending this year’s Tourism Exhibition & Conference at the Riviera Centre on 15 March.
The Golden Hop122 will start on 29 April and run right through the summer season up to every 20 minutes, 7 days a week. The fleet of six buses will connect St Marychurch, Torquay, Paignton and Paignton Zoo. Visitors will be able to enjoy a unique sightseeing experience and hop on and off as often as they like to visit destinations and attractions along the route. As well as providing a family friendly link across the Bay, the Golden Hop122 will augment the Hop12 and Hop22 to help meet the  demands of the busy tourist season.
Each ‘Golden Hop’ bus features a distinctive yellow livery with its very own ‘bus hopper’ animal character. The first bus, starring the Hop mascot Gary the Rabbit, spent the day at the popular tourism exhibition to promote the new service to businesses across the Bay.
The remaining five buses are currently being prepped ready for the start of service and each ‘bus hopper’ has been named by classes from Torbay primary schools:
Children at Cockington Primary School were also responsible for coming up with the name ‘Golden Hop’ to describe the bus route itself. Teacher Anna Hylands commented: “Thanks Stagecoach for this amazing experience. The children have been so enthusiastic about coming up with a name. We loved thinking about the parts of travelling we enjoyed and what name reflects this. Our final idea, "Golden hop", was decided after a secret vote. The child who created the name said that her favourite part of a day out was hopping on a bus and feeling as if it can take you anywhere.
To further promote the link with local tourism, each ‘bus hopper’ character will also be hosted by an attraction along the route. Children can collect a sticker from the character from the attraction and add it to a free sticker book. This will be available from Stagecoach’s Paignton Travelshop and from their open top driver. Host attractions are members of the Attractions Partnership whose popular ‘passport’ the bus operator also sponsors.
Bus hopper locations will be:
Bygones (Swash Buckle)
Dinosaur World (Chirpy)
Kents Cavern (Freddie)
Paignton Travelshop (Gary)
Paignton Zoo (Cango)
Torquay Museum (Porter)
The new service is part of the bus company’s strategy to support the local tourism industry by providing not only a fun holiday-themed attraction in itself but also accessible public transport for residents and visitors to the area. 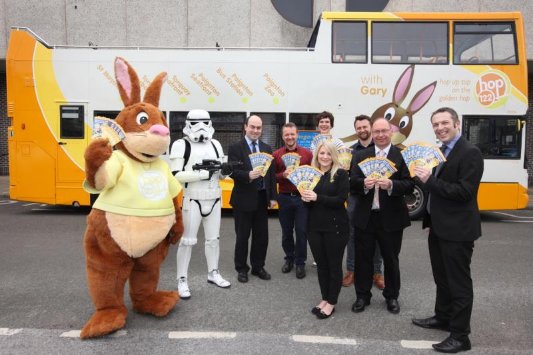 Bob Dennison, Managing Director of Stagecoach South West, said: “I’m absolutely delighted to be introducing a regular open top service to the Bay. Tourism is a vital part of Torbay's economy and I hope that the colourful, eye-catching buses and family of fun characters will be a hit with both residents and tourists alike.”
Richard Cuming, Chair of English Riviera Attractions and owner of Bygones added, “Over the last few years Stagecoach has been a fantastic supporter of the Attractions Partnership. This new service further proves they are committed to finding more ways to support tourism in the Bay and I can’t wait to see it pass by my front door!”
Further details of the new service, including a full timetable, will be announced by the operator soon. 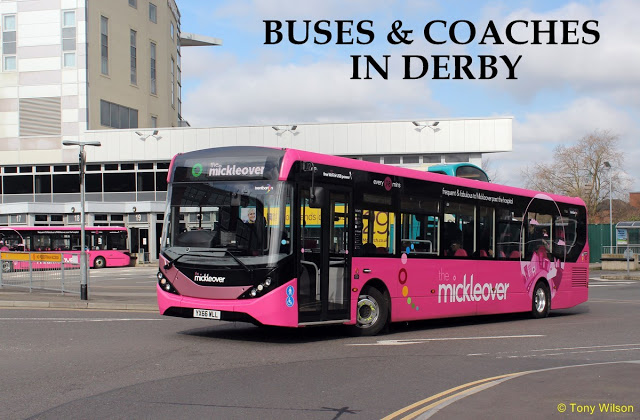 Derby was the focus of attention recently with a couple of hours spent in the and around the city centre. The latest set of images featruing buses and coaches operated by Wellglade, is now in an album and can now be found by clicking  here