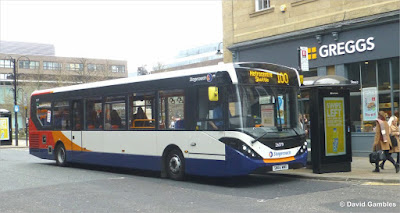 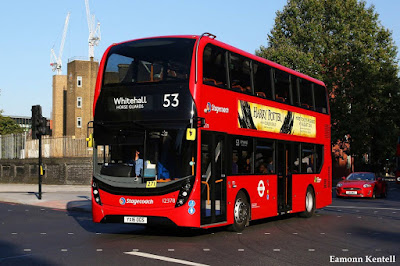 UK Bus (London)
As expected, UK Bus (London) Division revenue was 0.9% below the equivalent prior year period, reflecting the contract tenders concluded in the prior year.

North America
Trading at the megabus.com inter-city coach business in North America continues to improve from the positive actions taken to match services with changes in demand from customers. The market remains challenging due to the effects of sustained lower fuel prices, which have heightened car and air competition. The like-for-like revenue decline of 2.2% for the Division includes a 5.4% decline for megabus.com North America, but encouragingly revenue per vehicle mile was up 2.8%.
Trading at the other businesses in North America remains in line with our expectations. Like-for-like revenue at these businesses declined by 0.7%, largely reflecting reductions in mileage at the sightseeing business in California. 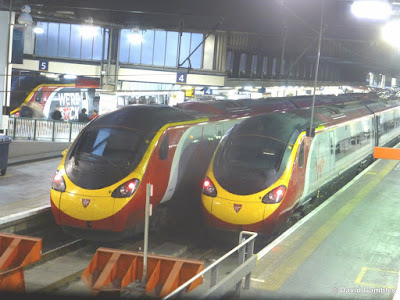 UK Rail and Virgin Rail Group
The UK rail industry revenue growth has slowed over the last 18 months.  Although there has been improvement in the growth rates, they remain low by historical standards. Like-for-like rail revenue growth in the UK Rail Division (including Virgin Trains East Coast) was 1.6% in the forty four weeks, with revenue growth at inter-city businesses continuing to out-perform growth at London commuter business.  As expected, revenue growth at Virgin Rail Group's West Coast franchise was higher than the industry average, which partly reflects revenues being adversely affected in the second half of last financial year by the temporary closure of Lamington viaduct in southern Scotland.


The company say the "We continue to work constructively with the Department for Transport and other industry partners to meet our obligations, respond to variations in infrastructure and rolling stock plans, manage contract changes and ensure the continued stability and growth of our rail businesses" 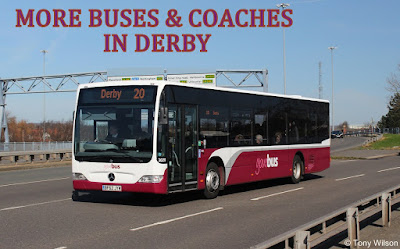 A second set of images of buses and coaches seen recently in Derby is in an album, which can now be viewed by clicking   here