Airlander to Get 'Airbags'

The world's longest aircraft - the £25m Airlander 10 - has been given a pair of "giant inflatable landing feet" as part of improvements following a crash.
The 302ft (92m) long aircraft, which is part plane and part airship, nosedived after a test flight at Cardington Airfield in Bedfordshire on 24 August.
No-one was injured in the accident, but the cockpit was effectively destroyed.
The auxiliary landing system has "airbags" which are stowed during flight, Hybrid Air Vehicles (HAV) said. 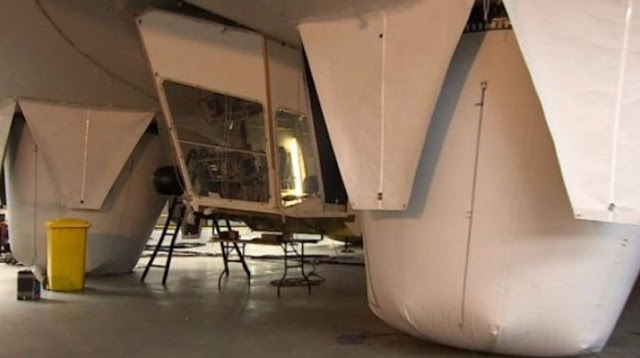 It is one of a number of changes which have been made since the crash when Airlander climbed to an excessive height because its mooring line became caught on power cables, an Air Accidents Investigation Branch report found.
"We had to look at how you stop 35 tonnes of airship coming down and squashing that composite flightdeck area," programmes director Nick Allman said.
"It will give us no drag [and] no change in how the aircraft flies normally."
As the craft comes in to land air from inside the craft's body will inflate the airbag feet in "about 15 seconds". 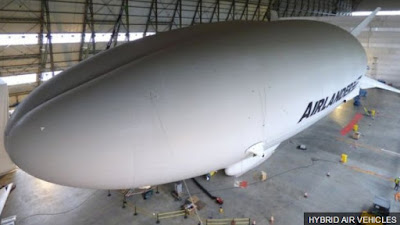 "What we've done is put in 63 changes - some to the aircraft but most to process, procedure, and training - so that sort of event is extremely unlikely to ever happen again," Chris Daniels from HAV added.
The company said the repairs and changes were now complete and, following "an extensive test phase", it is hoped Airlander will take to the skies again by the end of April. 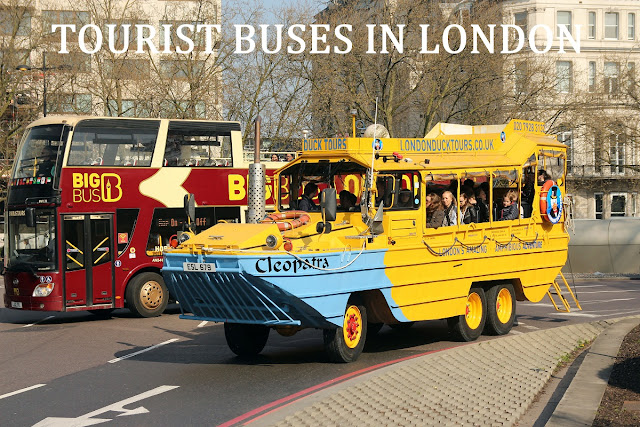 And in complete contrast, back down to earth. The latest album on the Flickr site features an eclectic mix of buses old and new, which operate over the Tourist Trail in London. These images can now be viewed by clicking   here