Rail enthusiasts were transported back in time with the unveiling of a new attraction on the North Norfolk Railway (NNR) ahead of its annual steam gala.


The heritage line invited the first passengers on board a set of four restored suburban coaches, which went out of service in the late 1970s, over the Easter weekend. 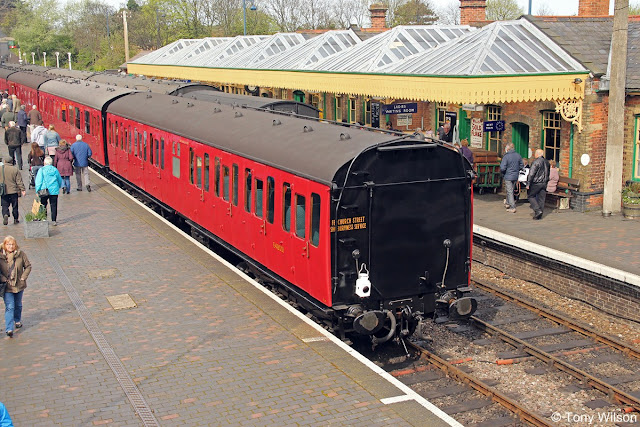 The £250,000 project, which was jointly funded by NNR and the Heritage Lottery Fund, was the brainchild of the line’s former chairman Clive Morris.
He died before the project was completed but his widow, Betty Morris, cut the ribbon on the carriages which carry his name during a special inauguration ceremony at the station in Sheringham on Saturday.
The coaches were hauled for the first time with passengers to Holt and returned via Weybourne where the Clive Morris Room was officially opened.

Mrs Morris said: “It’s lovely to be here; it obviously would be lovelier if Clive were here to see them, they are just beautiful - it would be one of the best days of his life.
“Clive always liked carriages and I couldn’t understand it until Hugh (Harkett, NNR managing director) said to me one day that Clive put it in these little words: ‘The carriages are the public face of the railway industry’.
“We lived in Potters Bar in the late 60s and he travelled on these in to King’s Cross and he absolutely adored the journey - he must have been the only person who liked to commute.”
The locomotive-hauled Mk1 suburban carriages were some of the last of a long line of non-gangwayed coaches reaching back to the dawn of railways. Introduced in 1954 they survived until 1977, being the last of their kind on the British Railways network. 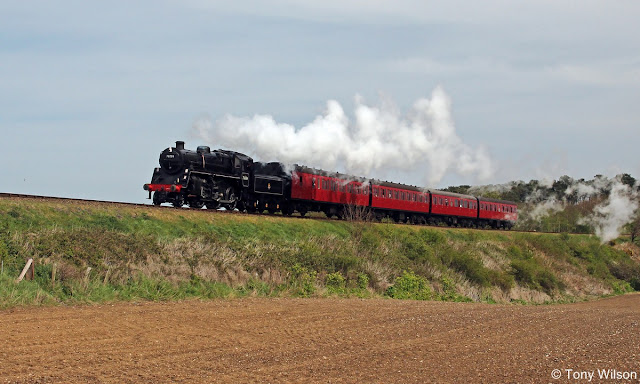 The final examples ended their days working suburban services out of London’s King’s Cross station before being superseded by modern electric services.
The HLF contributed around £90,000 to the project, while the NNR received donations of £50,000 and the rest came out of its reserves.
NNR managing director Hugh Harkett said: “Clive would indeed have been proud of the achievement of a running suburban four-set.
“The carriage and wagon department and volunteers of the NNR are to be heartily congratulated on the high quality workmanship that has gone into these splendid suburban coaches.

“We have expended in the region of £250,000 on this very worthy project, including an exhibition coach showing the refurbishment methodology and history of suburban travel.”
The carriages will be on display during NNR’s steam gala, from April 21 to 23, and then in a special suburban travel week, from July 2 to 9. 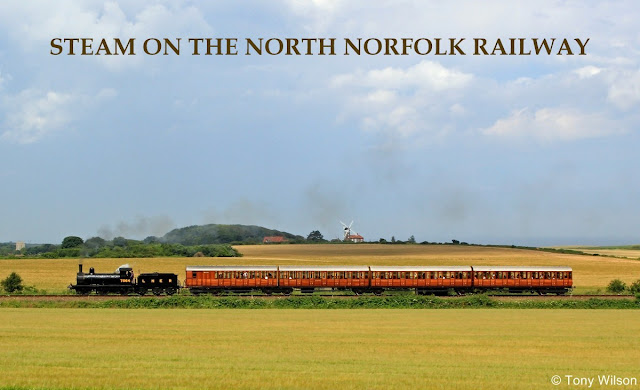 Complementing the latest North Norfolk Railway news, a set of steam engine related images from recent times have been placed into a new album. These can now be viewed by clicking  here