Out with the Old and in with the New

Hundreds of train buffs took to the Tube on Friday for their last chance to travel in classic carriages on the District line. 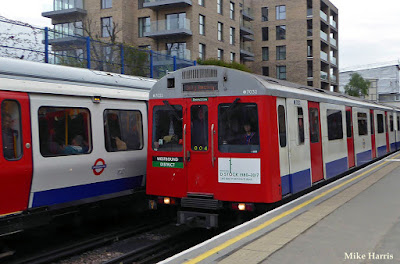 Old-style D stock trains made their final appearance on the line today after 37 years trundling through the Underground.
The classic 280-seat design was introduced on the District line in 1980, with a double set of seats facing one another in the middle of each carriage.
Over the years they have been phased out to be replaced by more modern designs. 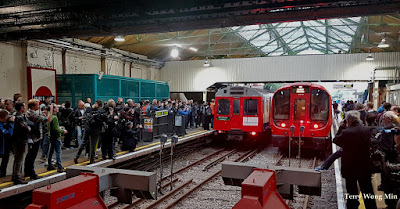 But their final day in service was chronicled by ardent fans who snapped photos and took videos throughout the day.
They shared them online with the hashtag #CatchtheD, a phrase which has a rather different meaning for some people.
One person even posted a handy list of times and locations to bag a seat in the iconic carriages.
James Scantlebury wrote: "The last ever D stock train pulls into Earls Court. 1980-2017 I'll miss you, single seat." More footage captured captured later in the day showed wild celebrations as the train rumbled into Ealing Broadway station.
Others captured some poignant images of the old meeting the new.
There were even scarves worn based on the classic seat design.