Half of passenger journeys on Britain's rail network will be on services owned by foreign companies once a Chinese firm helps operate South West Trains.
The equivalent of 863 million trips using now foreign-owned train companies were made last year, which was 50 per cent of total journeys, according to Press Association analysis of industry data. It comes after the announcement that Hong Kong company MTR will run South West Trains with First Group for seven years from August. 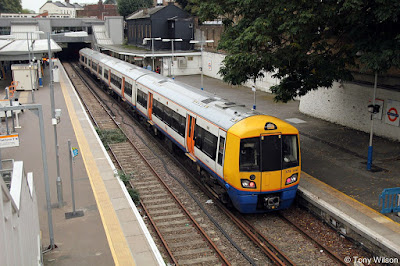 London Overground is the busiest rail company fully or partly owned by foreign countries or governments, with 188 million journeys.
It is 100% owned by Arriva, a subsidiary of German state-owned Deutsche Bahn.
Northern, part of the same firm, is the second busiest operator under foreign ownership with 106 million journeys last year.
The totals are based on the number of journeys made with each company according to Office of Rail and Road figures, and adjusted by what proportion the firms are owned overseas.
The South West Trains announcement followed the recent awarding of the c2c franchise, which runs from the City of London to Essex, to Italian state operator Trenitalia.
Punctuality on Britain's rail network is at its lowest point in over a decade. More than one in 10 (12.3%) trains failed to reach their destinations on time last year. 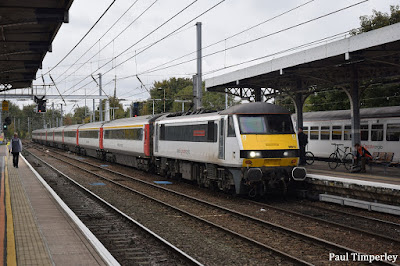 The number of journeys being made on Britain's railways has more than doubled over the past two decades, from 846 million in 1997/8 to 1.72 billion in 2015/16.
Recent analysis by the Rail Delivery Group (RDG), representing train companies and Network Rail, found that 6,400 more train services will be running each week by 2021 due to the ongoing £50 billion investment in the network.
RDG chief executive Paul Plummer said: "Passengers and taxpayers have benefited from franchising, where rail companies from around the world bring new ideas and innovation to Britain's railway, and railways across the world still want to learn from our successes.
"Rail companies have worked together to transform Britain's railway, doubling the number of passengers and creating one of the world's safest railways.
"Under franchising, the railway has gone from costing taxpayers £2 billion a year in terms of day-to-day costs to contributing £200 million, money which helps to fund major rail upgrades."