The Isle of Wight Bus & Coach Museum, based in Ryde, is delighted to introduce RYDABUS: a vintage Bus Running weekend offering transport enthusiasts and members of the public alike the opportunity to re-live bus operations from a bygone age.
The event takes place on Saturday & Sunday 20th & 21st May 2017, when a network of free bus services, similar to those seen in and around Ryde in the 1960’s, 70’s and 80’s will be operated using preserved buses and coaches, many of which are typical of the types used in the area during that period.
The event’s RYDABUS title derives from the late 1970’s when the National Bus Company undertook its Market Analysis Project (MAP), when each company reviewed its existing and potential demands and reset local service networks to reflect the results.  The outcome of MAP introduced local identities such as RYDABUS, which name was applied to buses, bus stops, timetables and publicity throughout the Ryde area.
Ryde has, for many years, been the “gateway to the Island,” being the main port for ferry services from Portsmouth and Southsea as far back as the early 19th century.  Ryde Pier Gates, Ryde Esplanade and, since 1974, Ryde Bus Station, have been major terminus points for motor omnibus services since they started operating on the Island in the early 20th century.
From 1929, the main bus operator on the Isle of Wight has been The Southern Vectis Omnibus Company, whose name combines the initial interests of the Southern Railway and the Roman name for the Island.  However, Ryde was also the last stronghold of a long lived stage carriage route between Ryde and Seaview operated by local independent, Seaview Services.  Vehicles originating with Southern Vectis will predominate in free passenger carrying service throughout the event weekend; however an example of a former Seaview Services bus is displayed at the Isle of Wight Bus & Coach Museum and another is expected to be in service.

The core services cover five routes based on those operated by Southern Vectis over the years; however they are also re-creating part of the former Seaview Services route between Seaview and Ryde which operated from 1922 to 1992.
In addition to the timetabled services above, they are offering special tour services for which tickets will be required as follows: 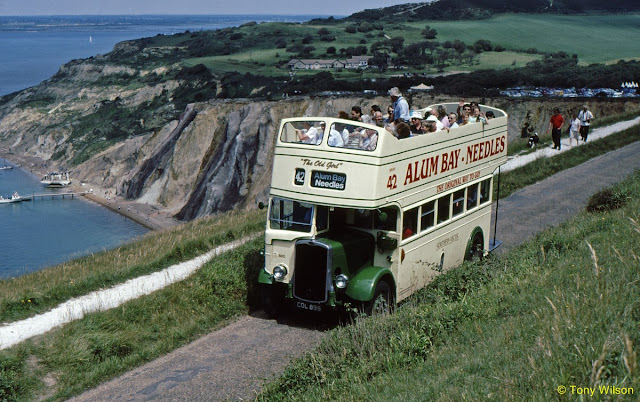