BOURNEMOUTH’S iconic ‘open toppers’ will be back on the streets this summer.
Yellow Buses (YB) has confirmed it is finalising plans to bring back an open top service during the summer school holidays.
The Bournemouth-based bus company will also use the open toppers on some of its existing routes, beginning from this month (May).
During the summer school holiday period, Yellow Buses is planning a coastal open top service to include Bournemouth and local visitor attractions.
They would be the first open top buses run directly by Yellow Buses since 2007.
Andrew Smith, Managing Director, Yellow Buses, said: “We have ambitious plans to bring back open top buses to Bournemouth.
“The word ‘iconic’ is somewhat overused these days but it’s fair to say that the open top buses run by Yellow Buses for many years were regarded by locals and tourists alike as worthy of that description.
“We hope to be in a position to start using these buses during May on our existing routes, before starting a new coastal route for the summer school holidays.”
Yellow Buses has also confirmed that its C1 service, linking Bournemouth town centre and Alum Chine, will operate on a higher frequency during the peak summer period.
Timetable changes to the service from April 30 had led to suggestions that the C1 would be running a reduced service during the summer.
However, this is not the case and the summer timetable for the C1 and other services will be registered soon.
Mr Smith added: “We are planning the summer school holiday service for Alum Chine including higher frequency services for the C1 during the day together with evening and Sunday services.”

A reminder of previous open-top operation is provided by a trio of the type feature below: 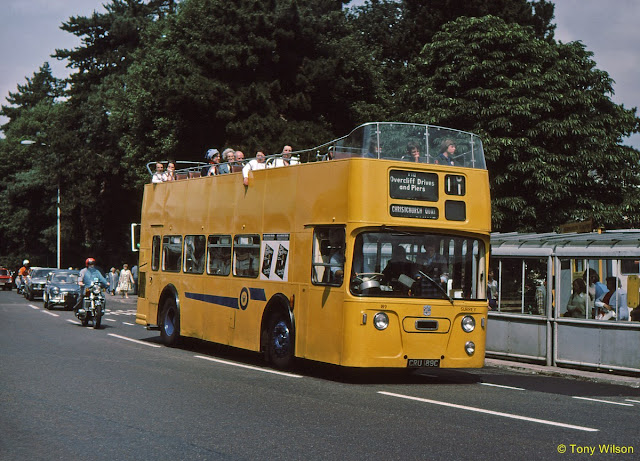 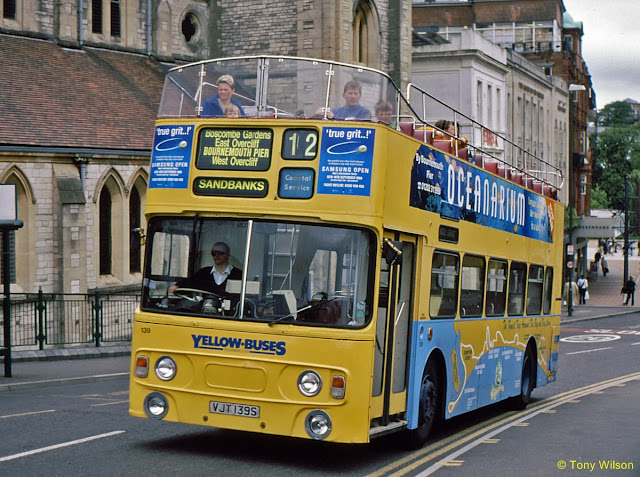 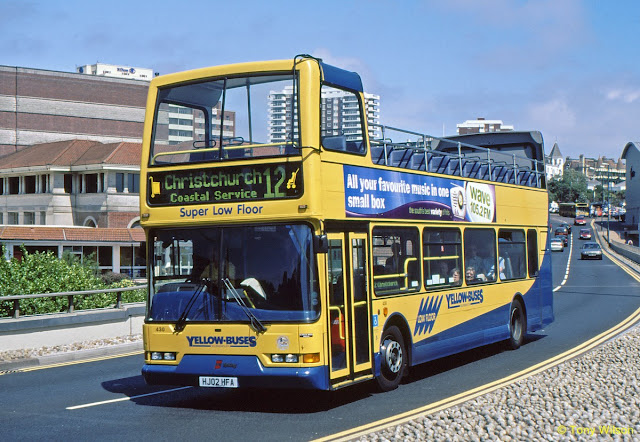 And finally, fleet number 430 (HJ02 HFA) one of several East Lancs Lolyne bodied Volvo B7TL built in 2002 zoomed along Bath Road about to pass by the Bournemouth International Centre in June 2003.