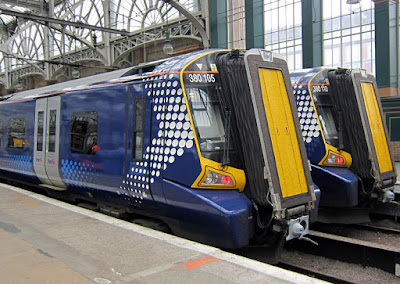 Transport Scotland has published a list of the busiest trains in the country.
The data compiled over a six-month period shows the busiest services and worst-affected points along each route.
Top of the list is the 17:21 service from Edinburgh to Glasgow Central via Shotts, which was found to run at a maximum of 146% of planned capacity between Haymarket and Livingston South.
Transport Scotland said the data would help ScotRail "improve passenger experiences".
Last November, a major improvement plan was published in response to widespread criticism of ScotRail's reliability since its Dutch owners Abellio took over the contract in April 2015.
Statistics published since then have shown that ScotRail's performance has improved for five consecutive months.
The rail company said 160 extra carriages had been introduced on routes across the country, with another 180 to follow in the next 24 months. 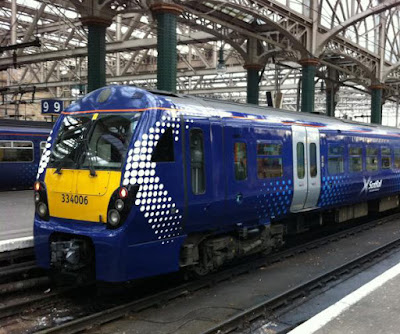 Transport Secretary Humza Yousaf said: "The Scottish government is delivering the most ambitious programme of rail investment ever seen in Scotland, committing over £5bn across the current funding period.
"We wholly appreciate busy trains can be uncomfortable and can assure passengers we are focused on delivering the value-for-money service they both want and deserve.
"We will achieve this in the near future, meanwhile, this busiest trains information will help make informed journey planning choices simpler in the here and now."
Scottish Labour said the report revealed "the alarming scale of overcrowding on trains across Scotland".
The party's transport spokesman Neil Bibby said: "The fact that a train with room for 185 passengers, including those standing, can have 270 people on board is simply staggering.
"Passengers are fed-up with overcrowded, delayed and expensive trains.
"When the SNP awarded the contract to run our railways to Abellio, SNP ministers said it was a 'world-leading' deal. It is clearly nothing of the sort."

The top 10 busiest trains in Scotland: