Stagecoach Gives in to Demands for Return of Irvine Bus Stop

After public pressure, and the intervention Irvine's MSP, Stagecoach says they have reinstated use of unofficial bus stops for the 23 service.
Due to complaints received by the Strathclyde Partnership for Transport (SPT), Stagecoach said they have had to abandon using the popular layby. 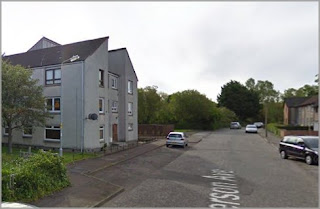 However after much uproar Stagecoach will now be using the stop again.
A spokeswoman for Stagecoach said: "We have liaised with SPT over the past few days and are pleased to be able to advise that from today, April 12, temporary stops will be installed at several locations on Paterson Avenue and Livingstone Terrace with permanent facilities to follow.
"This will mean that our services will be able to serve these stops from today, offering additional recognised bus stops in safe places in the area, and we can remain compliant with the legislation of only serving recognised bus stops in accordance with our live registered route."
Blind resident Craig Happell, who lives in Paterson Avenue, used to walk with his guide dog to a layby next to his house to catch the number 23 bus into Irvine Town Centre, said: "This has been a bus stop for over 20 years and as I am registered blind has proved a great asset in making it easier to get into town in particular in Winter and poor weather.
"Both the bus stop outside 11 Paterson Avenue and outside the Coach and Horses, Dickson Drive are completely unsuitable for myself."

"In particular the distance from the Coach and Horses, Dickson Drive and my home.
After receiving numerous complaints Cunninghame South MSP Ruth Maguire gave her backing to bus-users.
Ruth has written to the Chief executive of Strathclyde Partnership for Transport (SPT), Gordon Maclennan, to make him aware of the difficulties caused by these changes
Ruth Maguire said: "The changes in service of the Number 23 bus are clearly having a negative impact on residents who rely on it, and risk leaving people faced with expensive taxi bills or dependent on family and friends to go about their daily lives.
"It also risks exacerbating the problem of social isolation – already a major concern for the local health services."
Stagecoach previously said: "Our drivers have been using the layby in Paterson Avenue as an unofficial stop for some time now. However, it is not a recognised bus stop and never has been. Following complaints to SPT, they have advised that only recognised bus stops should be used, in accordance with the live registered route of service 23.

"We continue to serve the official bus stop at 11 Paterson Avenue. However, we are sorry to hear of this customer's concerns and understand that this change will result in him having to travel slightly further to the nearest bus stop. We are happy to meet with the customer involved to discuss his concerns and hopefully provide reassurance about his future travel with us."