New Virgin Trains fares to be introduced on routes between London and Scotland are expected to save passengers up to £7.1 million a year.

The company announced that East Coast customers will be offered cheaper advance ticket prices and seat reservations on the day of travel – rather than before.
Previously advance fares were only available to purchase up to 11.59pm the day before travel.
But those travelling on the east coast route between London, Yorkshire and Scotland, can now save up to 43 per cent on some routes. 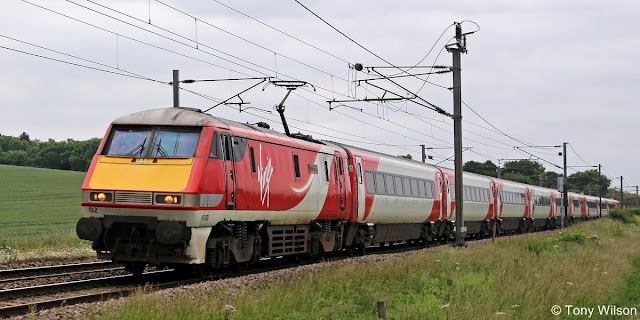 Suzanne Donnelly, commercial director at Virgin Trains on the East Coast said: "Customers who can buy tickets well in advance will continue to benefit from the very cheapest fares, with booking now available six months ahead.
"However, we know that's not possible for everyone on every journey which is why customers can now purchase advance fares on the day of travel and save money as well as reserve a seat.
"With more of our cheapest fares available on the day of travel, we're providing customers with a more affordable and relaxing alternative to road or air travel and we're proud to be leading the way with changes that will ensure customers get the best value for money."
Virgin Trains calculated that the changes could save customers £7.1 million a year based on the number of journeys made in the last year for which customers bought a ticket on the day of travel.

And the Azuma fleet starts to take shape

Work has begun on 65 new trains set to boost capacity and reduce journey times on the East Coast Main Line.
Virgin Trains' Azuma fleet will provide an extra 12,200 seats and cut up to 22 minutes off journeys.
Work on the body shells has begun in Japan, before the trains arrive in the UK to be built at Hitachi's factory in Newton Aycliffe, County Durham.
The introduction of the fleet will also see the launch of direct routes to a number of destinations.
Virgin Trains East Coast managing director David Horne said: "We are very excited to be moving closer to the day when our fantastic new train comes into service.
"The arrival of Azuma in 2018 will mark another milestone on our journey towards totally transforming travel for our customers, and the work happening now in Kasado and beginning in the summer at Newton Aycliffe are important steps on that journey."

Azuma is the Japanese translation for "east".
The extra seats will increase capacity into London King's Cross by 28% during peak times.
Direct routes to destinations such as Middlesbrough and Huddersfield will be launched once the fleet enters service in 2018, and services to locations such as Harrogate and Lincoln will be significantly increased.
Up to 22 minutes will be sliced off East Coast journeys as they will accelerate from 0-125mph around a minute quicker than current trains.
Hitachi Rail Europe managing director Karen Boswell said: "The new Azuma fleet will be a combination of Japanese design and British manufacturing.

"The trains are built using Japanese bullet train technology, world famous for its quality and reliability.
"We are proud that our Newton Aycliffe team, based a short distance from the East Coast main line, will work on pioneering trains used by millions of passengers."