Vivarail has confirmed that the company’s first two completed D-Trains will be available for delivery early next year.
Construction of the two trains is under way at the company’s workshop at Long Marston, where they will be made available as either two- or three-car units, and as either diesel or battery-powered variants.

Offering the refurbished former London Underground D-Stock vehicles in a choice of motive power will enable operators to run the D-Trains on either electrified or non-electrified routes, although it is not yet known where they are likely to enter service. They are currently being advertised for sale. 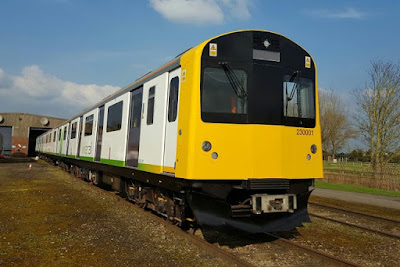 The trains can be built and delivered ahead of the forecast schedule due to increased production capacity as Vivarail scale up for 2017 and beyond.   The trains are already being prepared for construction at the Quinton Rail Technology Centre.  They can be supplied as either 2- or 3-car units and with or without UAT, and will be fully compliant with all standards and regulations up to and including PRM-TSI.

The trains can be ordered with any of the following power configurations:

Vivarail can offer a full maintenance package and driver training for ease of implementation. 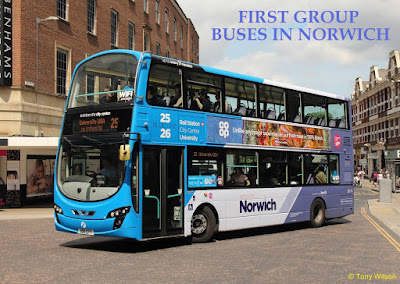 The current bus scene in Norwich city centre is the focus of attention for the first of two albums on the flickr site. Part 1 is specifically buses operated by First Group as 'Network Norwich'. These can now be viewed by clicking  here