A multi-million pound deal for a bus station in the heart of a Hampshire city has been struck.
Stagecoach, who own Winchester Bus Station in The Broadway, have agreed to sell the freehold of the site to Winchester City Council.
The council say that the £4m investment will ensure the future of bus operations in the city centre.
The decision brings to a conclusion more than 20 years of negotiations over the site which started in the 1990s when Stagecoach first indicated a desire to vacate the site. 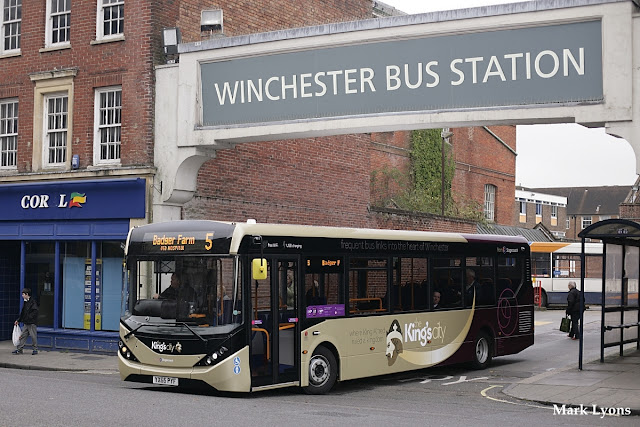 The council say they want to make improvements to the site in the short-term and to propose changes that will improve the flow of buses through the town and increase pedestrian safety.
In the longer-term, they say the purchase will bring new opportunities and have significant benefits for the regeneration of central Winchester and the continuing use of bus services.
Initial changes to improve the routing of buses will be on an interim basis.
However the council say it will not constrain further consideration of supplying bus services and routes in the town centre as part of engagement work being undertaken by architects for the Silver Hill site JTP, who are helping to shape a vision for the Silver Hill site by producing a supplementary planning document. 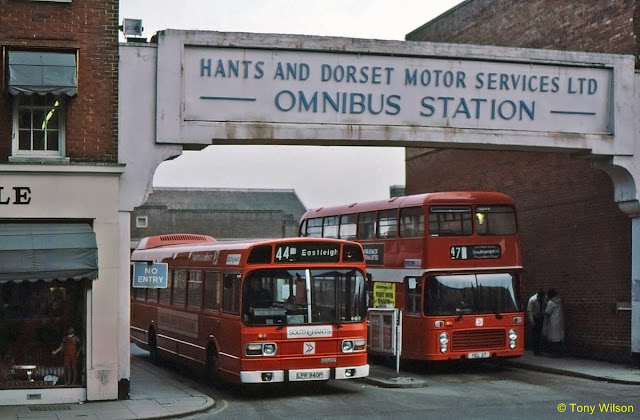 The well known exit and facade of the bus station back in the National Bus Company era when Bristol VRs and Leyland Nationals were the staple diet of the subsidiaries such as Hants & Dorset. March 1983 saw two such examples as they prepared to depart on their various duties. 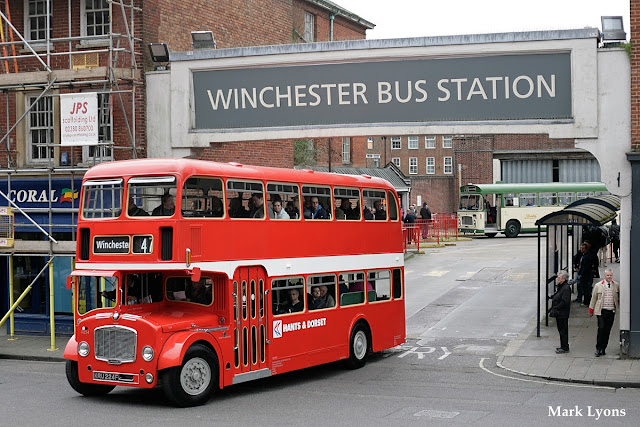 The bus station has been a regular focus of bus related events none moreso than those organised by FoKAB, Friends of King Alfred Buses. Established in 1985 they are best known for their annual New Year's Day events. A rather handsome former Hants & Dorset Bristol Lodeka departs the bus station, with a Bristol Omnibus Company RE type in the background.