Crossrail at the High Court

Heathrow Airport’s claim that it can recoup from Crossrail some of the costs of building a rail connection to the airport has been dismissed as a result of  a Judicial Review.

Heathrow Airport Limited (HAL) was in dispute with rail regulator the Office of Rail and Road (ORR), which ruled last year that HAL is not permitted to introduce all of its proposed new charges for train operators to use a five-mile stretch of track it built twenty years ago linking to the Great Western main line. 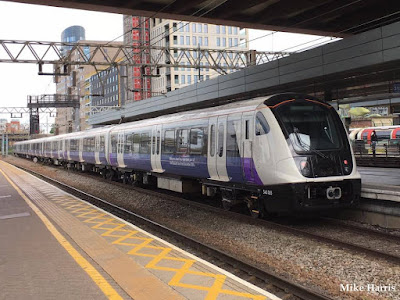 Heathrow Airport wanted to charge Crossrail services, which start next year, £597 per train to recoup historical build costs and £138 per train for operational expenditure.
HAL is required by law to establish charges for train operators using its track. But the ORR it says it has a statutory role in ensuring charges to run trains on relevant networks are underpinned by evidence and comply with legal requirements.
The ORR says its rejection of HAL’s proposals related specifically to the airport operator’s suggestion that the line could not have been constructed without the prospect of funding from train operators, which is the legal test it has to apply.
An ORR spokesman said: ‘In May 2016, taking into account representations and evidence from affected parties, including considerable documentation and submissions from Heathrow Airport Limited (HAL), we decided HAL is not permitted to introduce all of its proposed new charges for train operators to use its track, which links Heathrow Airport to the Great Western main line.’
A spokesperson for HAL said: ‘We are committed to increasing public transport to Heathrow and look forward to the arrival of Crossrail in May 2018.
Had Heathrow Airport won the case there was a possibility Crossrail trains might not run to the airport. Heathrow Airport have stated that they are disappointed not to win the case and are now considering their next steps.