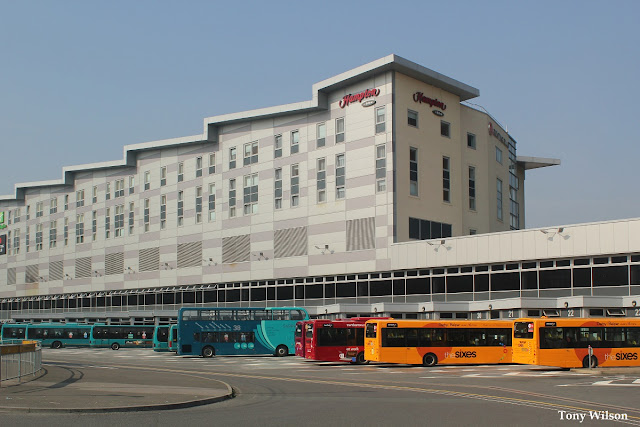 Derby's bus station is set to be expanded to help it cope with the city centre's rising population.
The residential market in Derby is booming, with nearly 2,400 new properties built, or in construction – and thousands more are planned at sites including Castleward and the former Derbyshire Royal Infirmary site.
Council chiefs say it means the bus station, at Derby Riverlights, will need further capacity – and so has decided to retain "at least part of" the grassed land next to it, so that further bays can be built. The decision is seen as a set-back for London-based Moorfield Group, which owns Riverlights and wanted to snap up the grassed-over land to extend the complex.
In 2015, Moorfield told the Derby Telegraph the land had the potential to become the new front of Riverlights, and argued its development – dubbed Riverlights 2 – was the key to unlocking the overall site's potential.
But speaking at the Derby Property Summit, held on the 21st June at Pride Park Stadium, the council's head of regeneration Greg Jennings said the authority had decided not to sell the land.

Derby Bus Station is set to be expanded onto neighbouring grassed land, Jennings told an audience of over 300 property professionals: "I often get asked about the bit of land at the back of the bus station at Riverlights. We're actually going to hold onto that. We were looking at whether to put that on the market but I think we're going to need to expand the bus station over the coming years to deal with the needs of the city."
Afterwards, Councillor Martin Rawson, the cabinet member for city centre regeneration, told the Derby Telegraph it was unlikely the council will retain 100% of the land. He said: "It makes sense for us to prioritise the land nearest the bus station and inner ring road for the bus station extension. That then leaves the land closest to river available for other development, possibly residential."
In light of the housing growth in the DE1 area, the council commissioned a study into the city centre's future public transport needs last Autumn.
Mr Rawson said: "The work looked at what is the best option for coping with increased bus usage. The report came back and said the best option was to extend the bus station, rather than build a new one.
"It makes sense for the council to use at least part of the land for the extention."


Derby City Council's head of regeneration Greg Jennings announced the authority's plan to Mr Rawson and the council has submitted a £5m bid to the Department for Transport to help cover the cost of the extension, which he said is likely to take place in the next "five to 10 years".
During the summit itself, Mr Rawson admitted that "for too long Derby has turned its back" on the River Derwent.
For years, there have been calls for more bars, restaurants and apartments to be built along the river banks through the city centre.
When asked whether the council's decision on the land would thwart that vibrant vision, Mr Rawson insisted "no".
He said: "We've probably got quite a good compromise (with Moorfield). We're able to increase the bus station to meet further demand. But there will also be an opportunity to redevelop the land that looks onto the river, possibly for a residential scheme.
"There's potential to meet both objectives." 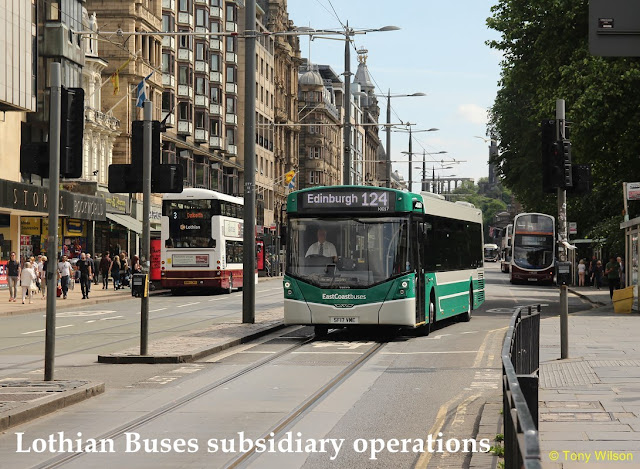 The Edinburgh albums has reached Part 4, the two new Lothian Buses subsidiaries Lothian Country on route 43 out to Queensferry, and East Coast Buses on routes that serve East Lothian. A small set which can now be viewed by clicking  here