46    (St.Bartholemews Hospital & Lancaster Gate Station) Re-awarded to Metroline Travel with bus type yet to be confirmed. Route to be cut back to terminate at Paddington (Contract start date 23rd June 2018) 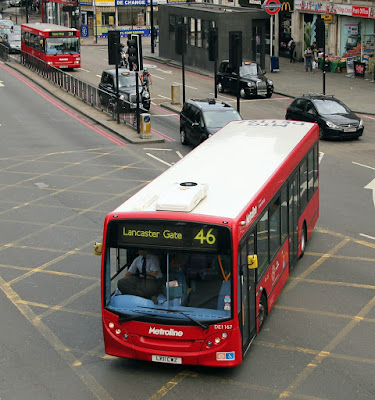 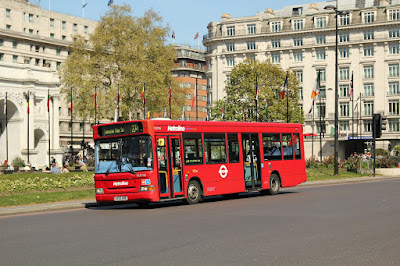 An earlier aloocation to route 274 was a small fleet of Plaxton Pointer Dennis Darts, represented here by DLD706 as its circumnavigated its way around Marble Arch. Currently operated with ADL E20D Enviro200 (Tony Wilson)

These contract awards have been brought forward with the intention that single-deck routes in the central area be specified for all-electric powered buses. However, a proposal was put forward that route 274 be operated by double-deck buses. This so as to negate the number of extra buses required for the summer season, being as the route serves London Zoo. TfL appear to have accepted this option.
Want more information on the full London bus scene, then why not have a look at the London Omnibus Traction Society's website at  http://www.lots.org.uk/
Better still why not join and gain the benefits of the regular monthly newsletter along with other useful publications