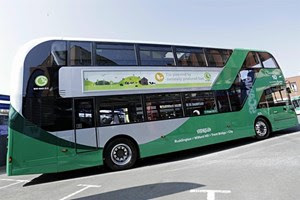 NCT engineering director Gary Mason says: “We are hugely proud of our new biogas buses. This is the largest order for gas double decks in the world and is the culmination of our extensive research into alternative fuels. When [biomethane] is used, emissions are 84% lower than their diesel counterparts, thereby making them – from ‘well to wheel’ – the greenest buses on the road.”Biogas is produced naturally through anaerobic digestion, using food waste, farm waste and sewage. The methane emitted from the digestion process is captured, treated and turned into fuel.


The project worked closely with local company Road Gas to design and build a gas station at its Parliament Street Garage. The supplier produces the biogas through anaerobic digestion and injects it into the national gas grid at the nearest point to production; NCT draws out an equivalent volume of gas from the nearest national gas grid point to the Parliament Street Garage, where it is compressed and stored until the bus is fuelled up each night. 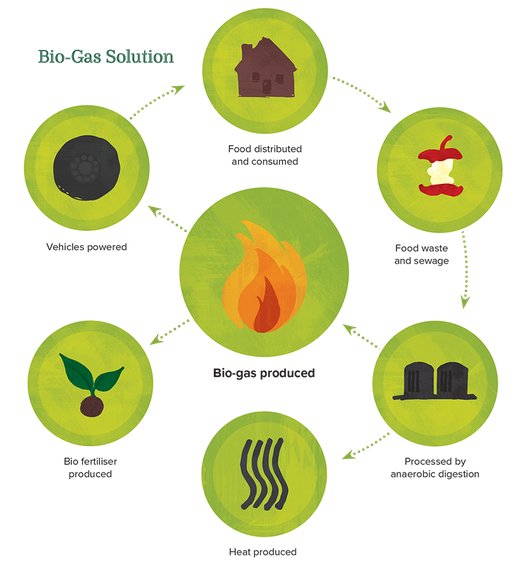 The fuelling facility is designed for future expansion and can also be used by third parties.
Bus chassis and engine are assembled in Lancashire (using kits from Scania in Sweden) and then the rest of the Enviro 400  bus is built and assembled in Scotland at the Alexander Dennis factory in Falkirk.

In a question and answer page on its website, NCT explained the economics of the gas buses: "Gas is a slightly cheaper fuel than diesel, but our bio-gas buses cost more to manufacture and the savings on the fuel are being offset against the high cost of the buses and the gas station to fuel them."
Following the launch, the Anaerobic Digestion & Bioresources Association (ADBA) called for greater government support for low-carbon transport fuels such as biomethane.
ADBA Chief Executive Charlotte Morton says: “Over the short to medium term, biomethane presents the only practical means of decarbonising heavy goods vehicles (HGVs), buses and non-road mobile machinery. While biomethane has the potential to power every HGV in the country and some pioneers have grasped this opportunity, far more support is needed from government to make it easier for others to follow their example.
“It’s critical that the new Government urgently delivers a robust response to the Renewable Transport Fuel Obligation consultation that concluded in January. Long-term support for AD is crucial for reducing emissions from the difficult-to-decarbonise transport sector and for improving air quality in our cities and towns. This is an obvious action for the Government to include in its air quality plan to save lives.”

The routes to receive the first batch of bio-gas buses are:
The arrival of the 53 new buses will allow the removal the oldest diesel buses in the fleet.
Free Wi-Fi is fitted to all of the bio-gas double deck buses, which also boast: 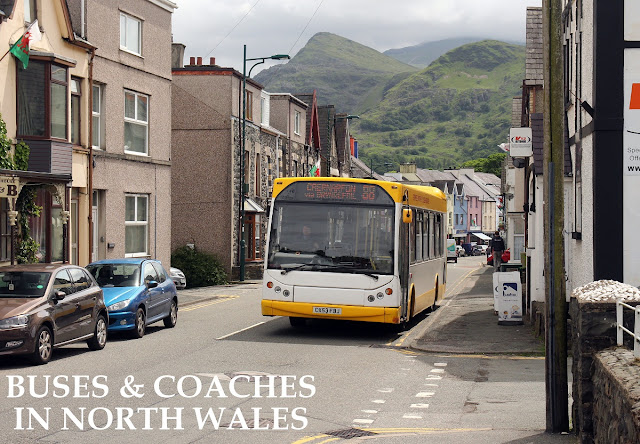 Three albums have been added to the site and all feature buses and coaches across parts of North Wales. These can now be viewed by clicking here  and here and  here