Return to the Isles 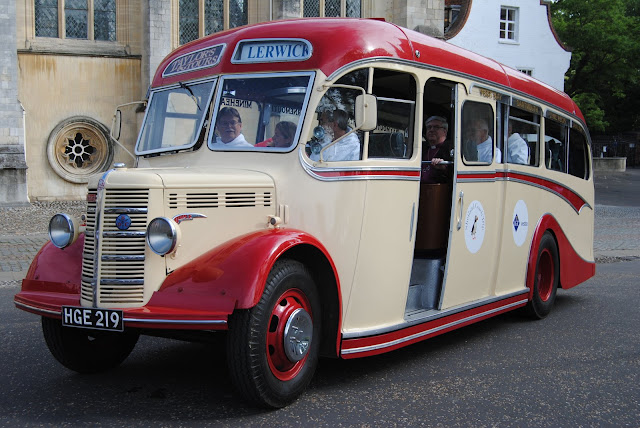 A vintage coach used in the Shetland Isles from 1950 until 1979 began its 1,000-mile journey home.
The 1950s Bedford coach was bought by Nick Taylor in 2011, and he completed its restoration at his home at Weybread in Suffolk.
A visit from its Shetland-based former driver in 2013 persuaded Mr Taylor the coach belonged back on the island.
It left from outside Norwich Cathedral on Monday 12th June, after a blessing from the bishop.
The coach was used by islanders to get to the shops and to go to school.
Mr Taylor said he realised it was a "lifeline to the islanders" after a visit to Suffolk from its former driver, James Watt, in 2013.
He said: "It was his life - he'd drive it every day across the island. He took children to school and relatives to weddings and funerals. He even did impromptu deliveries across the island."
Mr Watt, from Reawick, Shetland, drove the Duple Vista coach from 1968.
Mr Taylor has donated it to the Shetland Commercial Vehicle Preservation Trust.
He and a support team of 10, including Mr Watt, a vicar and a chef departed from outside Norwich Cathedral.
The Bedford, which has a top speed of 40mph (64kph), is being driven to the Shetland Isles via Lincolnshire, across to the Lake District and up the west coast of Scotland.
Mr Taylor hopes they will reach Shetland on 22th June.

If you wish to follow the vehicle's progress during this period, why not visit their website by clicking on the following link and go to The Tour section
http://shetlandcoachtrip.co.uk/index.php/coach-details

And courtesy of very local Norwich resident John Stewart, Focus Transport is able to provide some images of the blessing event, departure and lastly one from en route near Holt, as it pulled over to allow a long queue of built-up traffic to pass by! 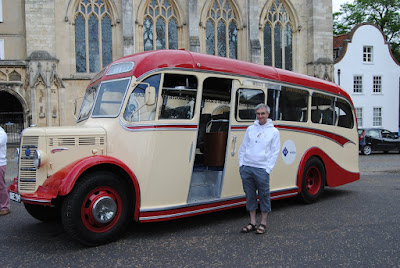 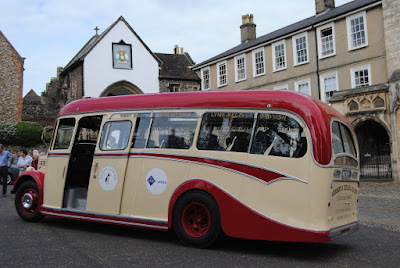 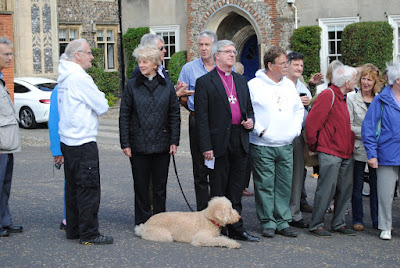 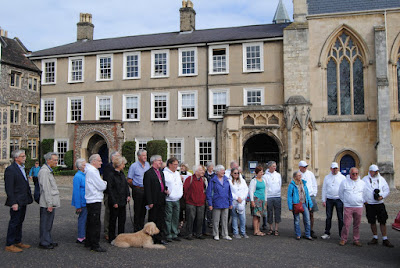 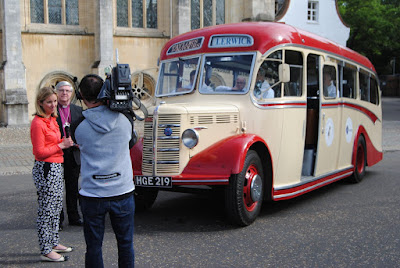 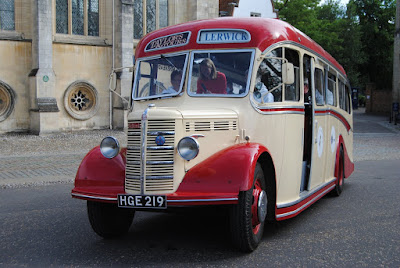 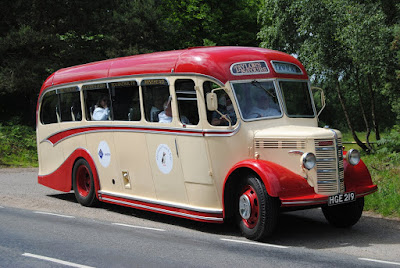 Our thanks once again to John Stewart for this splendid set of images.