BUS routes through Bridport, Beaminster and Lyme Regis could be axed after a company deregistered services.
Campaigners have labelled the potential closure of "vital" services as "disgraceful" after Damory deregistered routes including the 40 service, which operates between Bridport and Beaminster, the 71 Lyme Regis circular route - as well as the 73, 44 and 210 services. The services will be deregistered from July 22. The campaigners believe the move has come after Dorset County Council withdraw some subsidies for bus companies. 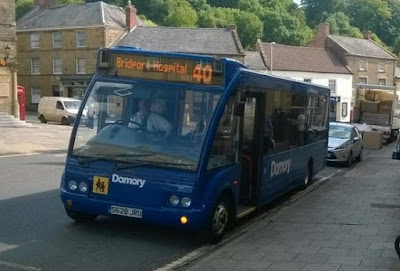 Bob Driscoll, member of the West Dorset Western Area Transport Action Group (WATAG), said: "Dorset County Council had already said some services were no longer being supported after July 22.
"What made me explode was when we discovered that Damory have deregistered a whole series of their buses from July 24.
"It's quite disgraceful that Dorset County Council are going to stop supporting the 40 bus - it's a vital one. If that goes, that would effectively bring the end to any scheduled buses through Beaminster and Mosterton. It would also leave Bridport with just the Jurassic Coaster services, offered by First."
He added: "The 40 is used by commuters. It's virtually an hourly service throughout the day between Bridport and Beaminster and is extended to Yeovil four times a day."
The 40 also connects the towns to three hospitals and seven railway stations. 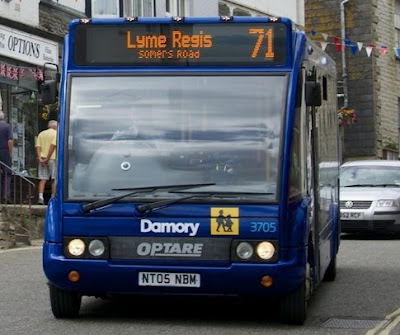 Dorset County Council said that it was working with bus companies to "determine the shape" of future services.

A council spokeswoman said: "A number of Dorset's bus services are currently subject to change due to contract expiry and it is correct that some routes have been deregistered in order to meet the traffic commissioner's 56 day notice period.