Tickets please: all aboard for British GT’s Silverstone Safari! 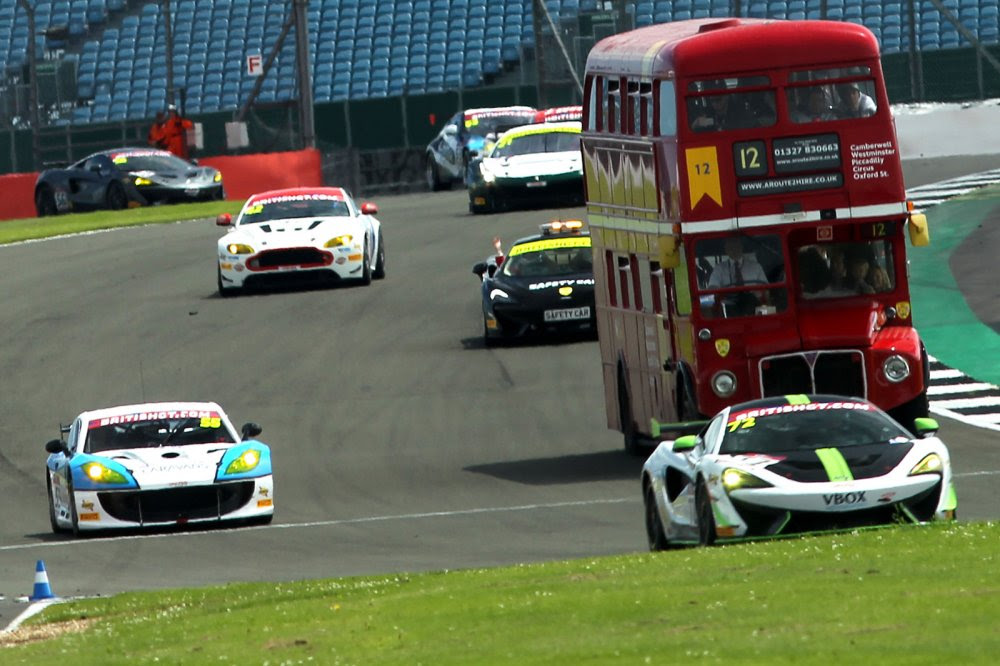 
Assemble 30 GT3 and GT4 supercars. Travel to the Home of British Motor Racing. Add a bright red Routemaster bus to proceedings, and what do you get? British GT Silverstone Safari, of course!

Yes, the British GT Championship broke new ground recently when an iconic double decker packed with guests and media joined a championship practice session ahead of a blue riband Silverstone 500 race in what must be considered the ultimate motorsport experience.

The bus - built in 1965 - completed two full laps of the famous British Grand Prix venue while the likes of Ferraris, Lamborghinis, Aston Martins and Bentleys thundered past at racing speed, delighting the day-trippers onboard.

Championship Manager Benjamin Franassovici turned ticket inspector for the day by welcoming passengers aboard the 'S500' service. Its 15-minute route featured several famous Silverstone landmarks, including an Abbey and Chapel, as well as a Village, Farm and small forest, before terminating (later than advertised, naturally) at Pit Lane bus stop where Tolman Motorsport's mechanics were waiting to service it.

On-track coach tours are common in Japan’s Super GT series, but it’s believed this was a very special sightseeing trip of Silverstone’s Grand Prix circuit, and was the first time that a similar excursion has taken place outside of Asia.

Malcolm Tales - a bus driver with 40 years of experience - was instructed to hug the circuit’s left-hand side at all times, while the McLaren 570S Safety Car following closely behind signalled when it was safe for British GT’s drivers to accelerate and overtake on the right.

Championship Manager Benjamin Franassovici: “Seeing a bus - or anything other than a GT car for that matter - on track at the same time as a British GT practice session is usually the stuff of my nightmares! However, what began as a funny internal discussion soon developed into a viable opportunity to do something never before seen in Europe, not to mention an experience that today’s guests won’t forget in a hurry! Watching 600bhp GT3 cars fly past at racing speeds looking down from the top of a double decker offers a new and surreal perspective on motorsport, and one we’re now keen to replicate in the future.”

British GT wishes to thank Silverstone, the BRSCC, route2hire.co.uk and bus driver Malcolm without whom today’s inaugural British GT Silverstone Safari would not have been possible.