American electric bus manufacturer Proterra has announced that it has now delivered its 100th all-electric bus — passing the milestone with the delivery of a battery-electric bus to San Joaquin Regional Transit District (RTD) in Stockton, California. 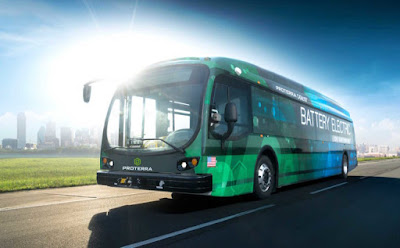 Proterra has captured more than 60% of the market since its creation and has now supplied 36 different municipal, commercial, and university transit customers — spread across 20 different states — with all-electric buses.
Many of the transit agencies serving these communities have also completed third and fourth orders for Proterra buses including San Joaquin RTD, King County Metro in Seattle, and Foothill Transit in Pomona, California.”

So far, Proterra buses have completed over 3,100,000 miles in revenue service, which according to Proterra "Equates to ~ 6,000 tons of GHG emissions reduced and over $2M saved in fuel and maintenance costs" On a total cost of ownership basis, these vehicles can save transit agencies up to $459,000 per bus over diesel-hybrid vehicles and up to $448,000 vs. diesel vehicles over their lifetime. Combined with the environmental benefits of a more efficient technology at 21 mpg, vs. 4 mpg for diesel, and zero tailpipe emissions, this argument for transit electrification has attracted sizeable orders from customers like Seattle’s King County Metro, which placed the largest order of battery-electric buses to date by committing to 73 Proterra vehicles. 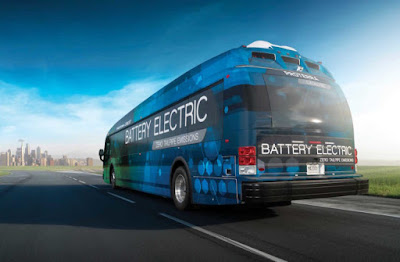 “We’re no longer at the dawn of the electric mass transportation revolution, we’re in the midst of it, and this milestone delivery to RTD proves that Proterra continues to lead the way as the industry charges forward,” said Ryan Popple, CEO of Proterra. “As we deliver more buses, forge new partnerships and follow through on more repeat orders, we will continue to do our part as the North American market leader and will champion innovation throughout the electric mobility ecosystem.”