Several Stagecoach London buses have been adorned with green liveries to promote World Environment Day which was held on the 5th June. It is one of the principal events through which the United Nations (UN) stimulates worldwide awareness of the environment and enhances political attention and action. 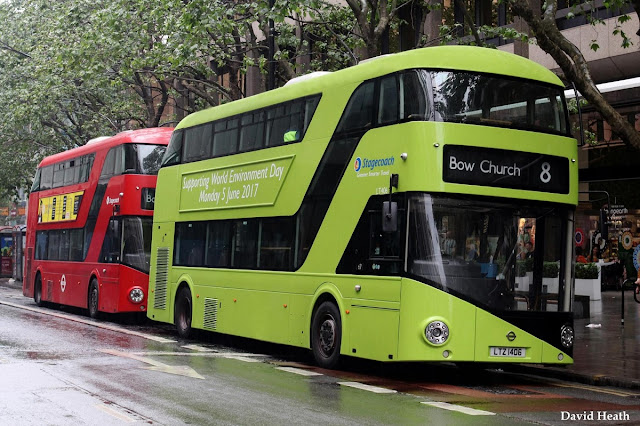 Stagecoach East London's Wrightbus NRM LT406 stands between duties at the Tottenham Court Road end of route 8, before it departed eastwards for another journey to Bow. Behind it another from the same batch but bearing the tradition red livery.


What Do People Do?

World Environment Day is celebrated in many ways in countries such as Kenya, New Zealand, Poland, Spain and the United States. Activities include street rallies and parades, as well as concerts, tree planting, and clean-up campaigns. In many countries, this annual event is used to enhance political attention and action towards improving the environment. This observance also provides an opportunity to sign or ratify international environmental conventions. 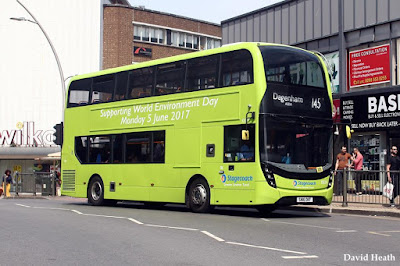 The ADL E40D with 10.4metre long Enviro400 (MMC) bodywork is fast becoming a familiar sight across the country and further afield. Representing the type is 10324 the nearside (upper) on route 145 in Ilford, the offside (lower) on route 62 in Barking. 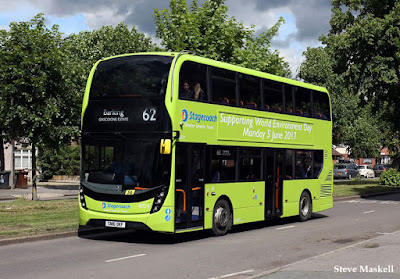 The UN World Environment Day is not a public holiday, so public life is not affected.

World Environment Day was established by the United Nations General Assembly in 1972 to mark the opening of the Stockholm Conference on the Human Environment. Another resolution, adopted by the General Assembly the same day, led to the creation of UNEP. It is hosted every year by a different city and commemorated with an international exposition through the week of 5th June. 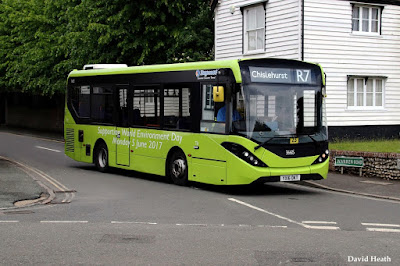 The ADL E20D Enviro200 (MMC) comes in a variety of sizes and 33615 is one of the smaller 9.0metre versions shown here on Orpington to Chislehurst local R7 route.

The main colors featured in many promotions for this event are natural colors depicting nature, the Earth and its natural resources. These colors are often softer shades of green, brown and blue. Images of natural the Earth's features, such as snowy mountains, clean beaches, unpolluted rivers, and photos of natural flora and fauna, including fern leaves, are used to promote campaigns supporting the day. 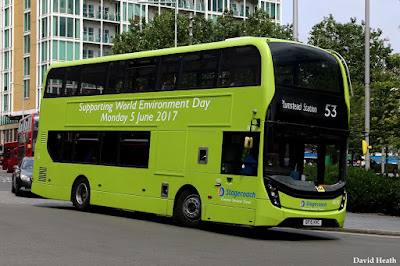 ADL Enviro400 (MMC) bodywork is also supplied on Volvo B5LH chassis and is slightly longer at 10.5metres. The offside of 13070 (upper) is a shown on route 53 at Plumstead, whilst 13087 illustrates the nearside (lower) on route 47 at Canada Water. 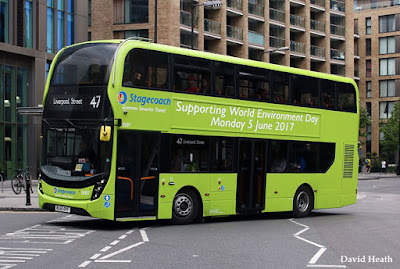