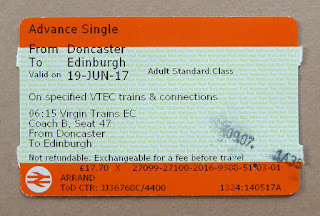 Cut-price rail fares can now be bought as close as 10 minutes before departure rather than the day before.

Seven rail companies, including Virgin Trains’ east and west coast franchises, have agreed to allow passengers to buy cheaper Advance tickets as close as 10 minutes before their journey starts.
Following the lead taken by CrossCountry in January 2015 after a successful trial, seven more train companies have dropped punitive restrictions that in the past meant that customers could generally only buy cut-price Advance tickets up to midnight on the day before travel.
The Rail Delivery Group (RDG), which represents the train operators and Network Rail, said customers of Grand Central, Greater Anglia, Northern, TransPennine Express, Virgin Trains East Coast, Virgin Trains West Coast and those using the Caledonian Sleeper from London to Scotland can now also buy Advance tickets for many trains on the day of travel.


Advance tickets – cut-price fares for a limited number of seats on specific trains – can be bought as little as 10 minutes before the train departs, helping people who have to make urgent train journeys for business or family reasons.
The increased flexibility is the latest action to emerge following the fares and ticketing action plan set up last year by government, industry and passenger groups to try to simplify the UK’s labyrinthine and confusing rail ticketing system. Operators have been criticised for confusing offers and strict adherence to terms and conditions.
“Not everyone can plan journeys in advance and now more people can buy cheaper tickets on the day, even on their way to the station,” said Jacqueline Starr, managing director of customer experience at the RDG. “We want customers to get the best possible deal whenever they travel.”
Research by passenger group Transport Focus found that Advance tickets are popular with rail passengers, as they can offer significant savings of up to 70% for those prepared to commit to a particular train. But the vast array of different types of tickets, different names and baffling restrictions are confusing, it warned. Despite the restrictions, sales of popular Advance tickets have increased by almost four-fold over the last ten years.
“Passengers will welcome this change as it will provide them with a greater opportunity to have access to cheaper tickets” said Anthony Smith, Transport Focus chief executive. “No doubt many passengers travelling with these eight train companies will take advantage of this offer. We look forward to the other train companies introducing this opportunity soon.” 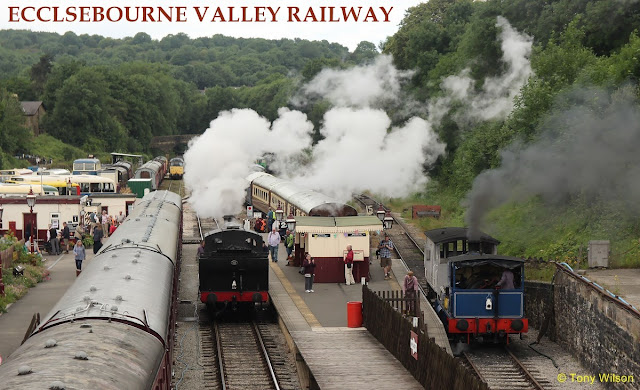 A very small set of five images from Wirksworth Station on the Ecclesbourne Valley Railway. These are in an album which can now be viewed by clicking  here