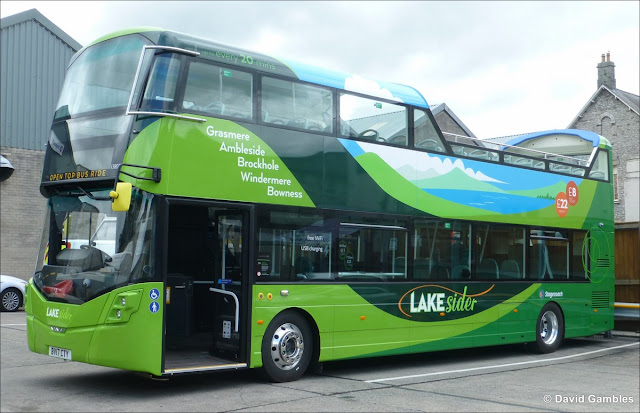 Stagecoach are preparing their new fleet of Lake District open toppers for the road. The seven new Volvo B5TLs with Wright Gemini 3 bodywork are scheduled to enter service on Monday 17th July. They carry a new ‘Lakesider’ livery from Ray Stenning and Best Impressions and have white LED destination screens.
Fleet numbers are 13801-07 and registrations are BV17CTE/F/K/O/U/X/Y.
They will replace the current Trident open-top buses used on the Lakes 599 service and be allocated to Kendal depot. 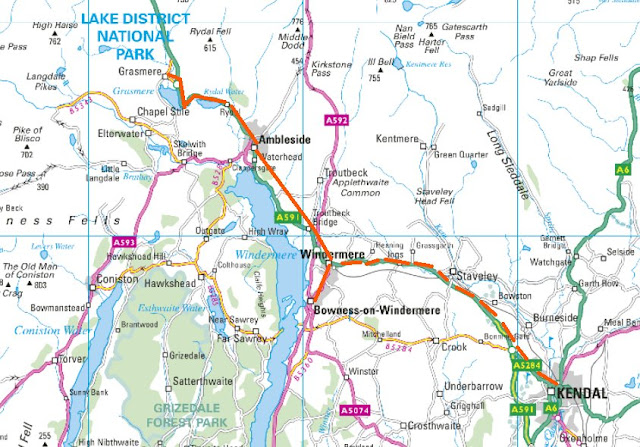 The core open top route runs between Bowness Ferry Pier and Grasmere via Ambleside. However, positioning runs to Windermere and Bowness from Kendal bus station operate in the morning at 08.10, 08.50, 09.10 and 09.30 giving an opportunity to extend time spent on the open top vehicles.
The open toppers return from Windermere to Kendal in the evening between 17.12 and 19.45 adding to the trips operated by the recently introduced closed top vehicles on the 555 service. 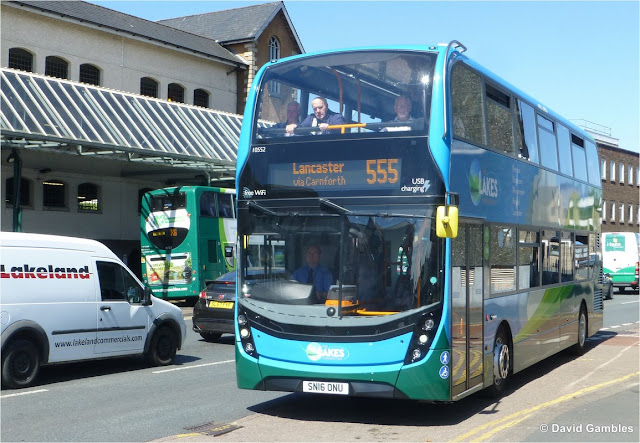 Recently introduced vehicles operate on the 555 service through the Lake District between Keswick and Kendal and then on to Lancaster. In the mornings and evenings this service is boosted by positioning runs using the open top vehicles.